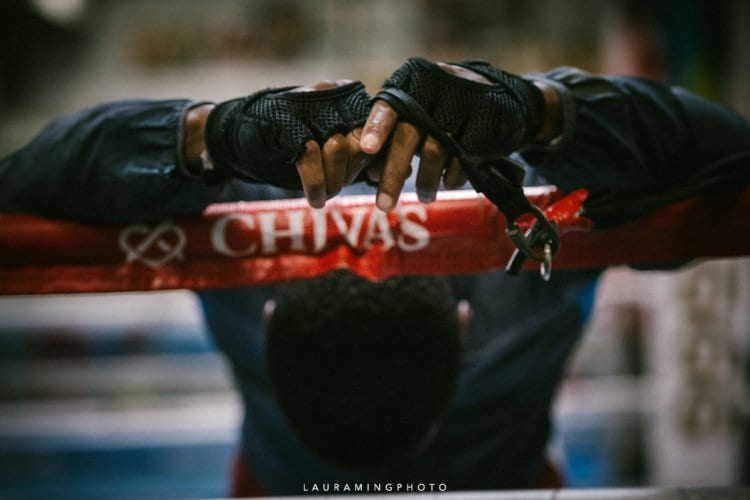 Ryan “Blue Chip” Martin (22-1 12KOs), the decorated amateur boxer dubbed “Kid London” by Jermaine Taylor, Martin would go on to win 202 amateur bouts with only 22 losses, is now awaiting what is next for his professional career. Unlike the amateurs, you don’t just get to sign up for another national tournament, instead, he has to wait for a call and a fight date as he patiently waits in the gym, training.

Martin is seeking another chance at the top of the division after seemingly everything that could go wrong, did when he faced Josh Taylor in the opening round of the World Boxing Super Series in November of 2018.

“The biggest fight of my career was the worst, not because of how it ended but everything leading up to the fight. Starting with legal issues with my manager Tim VanNewhouse and former coach Joe Delguyd. I was not focused on this fight at all, not even 2% of me was in that fight. I take nothing away from Taylor, he’s a great talent. I am thankful for the experience of fighting in the WBSS, the best fighting the best. Entering the WBSS was my choice with the help of Tom Loeffler, who I greatly appreciate. I want to thank Abel Sanchez for teaching me the true meaning of hard work.

From my experience, I have learned to watch out for myself and to watch the lies all fighters should be watching out for with managers/management.” said Ryan Martin via text.

Martin, who fought nearly every current champion as an amateur is now just hoping to find himself back in the mix, get a few wins and look to parlay that into an opportunity at a major fight, one that he is deserving of based on his pedigree. The hard part about boxing is the fans often don’t see the years of hard work and sacrifice the fighters put forth and judge them based off one fight, and that one fight becomes all they know of the fighter.

Martin is a fighter, who has never fully shown his full talent in anyone fight. Martin has the ability to box and punch as well as is more athletic than working with Cameron T. Russell, for his strength and conditioning both during camp and between camps. Martin, who is one of the elite fighters at 140 lbs., and people are just waiting to see the night he puts it all together.

“I am looking forward to starting camp soon for my ring return. My focus is to get back as one to the top fighters in the division.” Martin said.

As it appears sadly as happens in boxing, the stuff outside the ring has hindered him for the in-the-ring stuff, for the time being. If you have over 200 win as an amateur that means something is there, now it is up to Martin to show it.