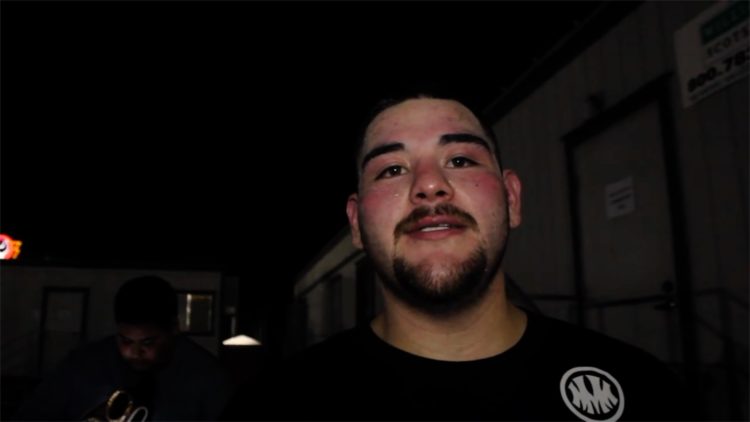 When looking at the rematch of the most shocking heavyweight bout in some time, that saw 2012 Olympic gold medalist, Anthony Joshua getting knocked out by Andy Ruiz Jr., a chubby Mexican-American, who had been recently released by his former promoter, Top Rank, one has to look at all that is going on around it before even entertaining the action in the ring.

For those working a beautiful job and coming into this bout for leisure on Saturday, you might be surprised that it will occur at roughly 1 PM Pacific Standard Time, and in Saudi Arabia, hardly the hotbed of boxing. The bout which served as one of the biggest bouts of the year, will exist in a much smaller capacity to the U.S. fanbase based on a time-zone difference and the inability for American based outlets to create original content, although a debate could be made about how original and creative American based boxing coverage is could be made.

Anthony Joshua – Not a U.S. Star

Anthony Joshua failed badly entering the U.S. market when he was brutally knocked out by Andy Ruiz Jr., and prior to that Joshua’s fights had appeared periodically in the afternoon on Showtime and sometimes, HBO, but mostly his career has been on streaming platforms. For that matter, bootleg streaming platforms, for the hardcore boxing fans, mostly if not exclusively. Despite being a 2012 Olympic gold medalist, Joshua spent most of his career making a ton of money in the U.K. with no interest in the U.S., and the truth is, now, the U.S. has limited interest in Joshua.

Not unlike, people downplaying a fighter you might like, who appears on an easily accessible channel. It might come off as bit hipster-ish hearing the noise about Joshua, without getting the ability to watch his fights for years prior to his premium distribution leading up to his Wladimir Klitschko fight.

Joshua has been trying to get the Deontay Wilder bout for some time, but getting knocked out by Andy Ruiz Jr., puts major halt in such a bout happening, since the only trait Wilder has on the world level is power and Joshua’s chin is now on trial, as he has been dropped twice now, and hurt multiple times in fights. Stylistically, it seems like a nightmare match-up for Joshua, as Wilder is now ascending to the heights, many thought Joshua would, while Joshua is looking to make 2019 a year of redemption not regression.

Joshua has fans that want him to either be the new savior of the heavyweight boxing division or those who wish to downplay every achievement he ever accomplished, with the truth in the middle.

Joshua is a business first and boxer second, so risky bouts will always have to be taken with caution as the amount of money he can garner per bout is only rivaled to Canelo Alvarez in the sport currently.

Can Joshua have a temperament to win this bout?

Joshua loves to throw power punches, point-blank, period. Joshua can lean in and wants to fully extend, which has made him exciting is despite all of his skill, Joshua has the will to finish fights. Andy Ruiz Jr. presented one major problem that he hadn’t faced since the amateurs, dramatic head movement, that head movement set up each and every knockdown as Joshua was too far out on his front foot. Joshua, in theory, has every advantage in this bout from his promoter, Matchroom Boxing promoting the bout, the bout being moved to Saudi Arabia which has a questionable at best commission.

Things don’t get any better when multiple fighters who have failed for performance-enhancing drugs have been added to the card, which leads even further cloud over, what the heck is even occurring at “Clash at the Dunes”.

What we do know

Andy Ruiz will be even more comfortable than ever, and more than likely looking to land early on Anthony Joshua. It isn’t rocket science everything political is working against Ruiz Jr., and if Ruiz wins, it is a major blow to Matchroom and DAZN, as a major center-piece of their boxing entertainment package will be greatly damaged and have less political capital to leverage a world title, let alone equal or even more money to the current best heavyweights, Tyson Fury and Deontay Wilder.

Ruiz should be beaming with confidence and looking to replicate his performance from Madison Square Garden. That being said, something on social media like the Dank City “Day in the Life” video series, making me wonder, which way Ruiz is trending.

Ruiz’s camp has been private, and that is the perks of being finically viable as well as a necessity for a tough fight that quite possibly could define not just his career, but also Joshua’s. Ruiz is a tough fighter to judge since you can’t look at his body and get a good judge of how camp went, and his career has been filled with highs and lows. Ruiz is the most inconsistent fighter in the heavyweight fighter making predicting the outcome even harder.

The impact on culture

I am not convinced that the world has caught up to streaming sports as a lot of culturally important fights like Regis Prograis vs Josh Taylor have rarely been discussed in front of me at boxing gyms, as a big gap between boxing fans who watch the sport, and practitioners who fight and/or train is widening. As a heavyweight bout, I know it will have some impact on the boxing world, more so in Europe, but with the remote boxing location, and the reliance on using a streaming service, DAZN, one has to wonder what the audience will be watching in North America.

It’ll trend well, and be watched, but will this have the same impact as the first bout that turned Andy Ruiz Jr. into a lovable and relatable over-night celebrity since this fight is occurring in a newly developed arena in the trial run of a boxing event, in a location that hasn’t housed a major fight in this century.

In short, Joshua versus Ruiz is more about Joshua than it is about Ruiz. Joshua was supposed to be bigger than life star and faltered badly in his U.S. debut, now it is up to him, to fight past adversity or sachem to it.