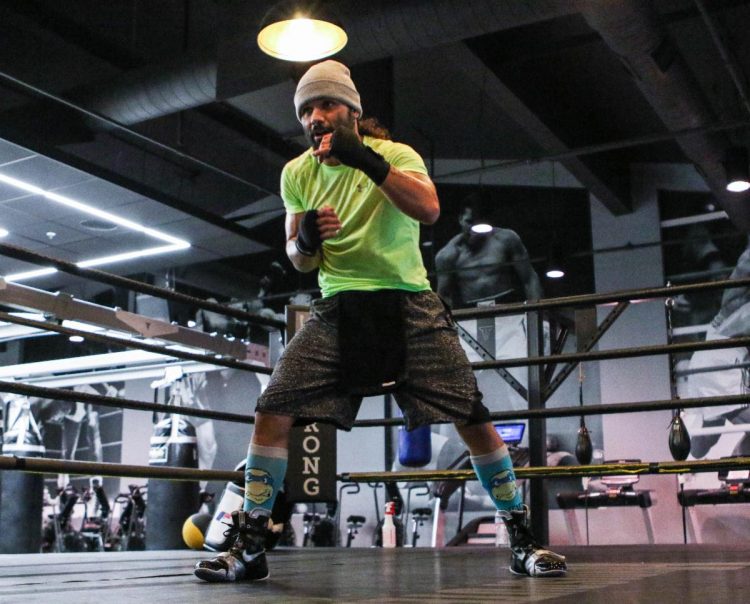 Though Vic Pasillas (16-0, 9 KOs), in theory, was the co-main event, Pasillas easily overshadowed the two accompanying fights, on the three-fight FS1 telecast on Wednesday night as he stopped previously unbeaten Ranfis Encarnacion (17-1, 13 KOs) at 2:29 of the sixth round, in what served as a reintroduction of Pasillas to the boxing masses.

Pasillas, a career 122 lbs, moved up in weight it appears for a primetime tv slot against a game foe and outclassed a really good fighter. After the bout, let it be known that he is looking for a world title fight at super bantamweight.

The thing is for the 300 win amateur training out of Undisputed Boxing Gym with Brian Schwartz in Redwood City, Ca, who was raised in East L.A., Pasillas lived up to the potential that those who have seen in him in the gym, have always believed was there.

Pasillas is one of those special fighters, and tonight was a special night, since it seemingly secured that Pasillas will get a fight against one of the best fighters of his era, something that he truly deserves with the skillset he has.

Undefeated lightweight prospect Nestor Bravo (19-0, 13 KOs) won a ten round unanimous decision over Jose Luis Gallegos (19-9, 14 KOs) in the main event though the fight just feel flat. Bravo started strong, but showed noticeable fatigue as Bravo had not been past nine rounds prior to this bout and it showed. Bravo was deducted points by veteran referee Jack Reiss in the ninth and tenth for holding.

The optics of the bout looked bad as the old adage of what you saw last saw leaves a strong impression as Gallegos was pushing the action, Bravo was moving and holding. This was a learning experience for Bravo.

Pllana throws awkward punches, and Sando struggled to cut off the ring. The bout was a teaching tool, but might not have been a fan’s favorite.