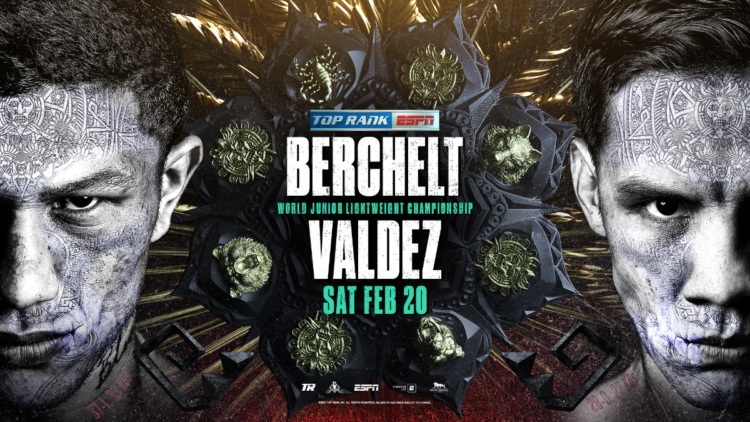 The two-time Mexican Olympian Oscar Valdez has been pro for a little over eight-years and not once been the underdog, until tonight.

Outside of Canelo Alvarez, and quite possibly Juan Francisco Estrada, these are the two most relevant fighters from Mexico, in the sport of boxing.

For Valdez, the fight is everything – as a large sum of fans, have done what life typically does, forgotten about the Mexican legend, Valdez – overlooking his past fights in this current one. For Berchelt, the bigger man, the seemingly bigger puncher, and leading into this bout the sexier name to pick.

Why is that though?

Valdez has fought the better competition – he has. Valdez has also fought different types of styles in the ring as well.

The major issue I see that many fight fans are jumping towards is; that even in winning Valdez has been caught in some fights say – Genesis Servania, Adam Lopez, or even Miguel Marriaga (a criminally underrated fighter). The big thing that most look at is the Carson, Ca fight between himself and Scott Quigg in which Quigg missed weight, and broke Valdez’s jaw.

Now add the fact, that Valdez left his former coach Manny Robles, and now trains with Eddy Reynoso, many are favoring Miguel Berchelt, the bigger – and less seen fighter, including Julio Cesar Chavez.

The question by many and rightfully so is; if these smaller guys are hurting Valdez what might a bigger man do to him.

Yet, Berchelt is no terminator, and is just as unknown.

Berchelt holds two wins over Francisco Vargas, essentially retiring Vargas after his second fight, then fighting the blood-and-guts warriors of Takashi Miura as well Miguel Roman, and recently stopping Jason Sosa. That being said – all of those guys are world-class fighters, but they all come forward, having limited pedigrees as well.

Berchelt at his best is a volume fighter who fights at range, and when he feels comfortable overwhelms with not just concussive power, but a relentless sequence of punches.

Not unlike another Zanfer Promotions fighter, Emanuel Navarrete, Miguel Berchelt won’t wow you with his foot-speed from to a-to-b, but his strength and volume is nothing to be played with.

Valdez is a warrior, a fighter with a deep amateur pedigree, and the ability to box-and-bang, but Valdez if he gets caught always prefers to wear his heart on his sleeve as opposed to logic and reason. This very fact is what makes this fight, many have been most excited for since it brings back memories for us washed-up old folks of the great Mexican fights from the last decade or decades ago, as we have not just talent, but tenacity in the ring as well.

Most pro boxing affairs are prizefights, but this one feels like a pride fight. Oscar Valdez, the beloved Mexican fighter seeking a career-defining win, and Miguel Berchelt seeking respect as most of his career despite being on television have been rather unassuming.

The winner of this will be a “Capital G Guy”, not just in Mexico, but in the world. Though we have lurking in the shadows young fighters like Shakur Stevenson, and Gabe Flores Jr., this is Berchelt and Valdez’s moment that they have waited for.

This fight will define both fighter’s legacies.

Stockton, California’s Gabe Flores Jr. will face Jayson Velez in the co-main event, at super featherweight. Velez is coming off a gritty loss to Oscar Valdez, being stopped in the last minute of the last round, in which the referee invoked a mercy stoppage.

Flores Jr., a decorated amateur, and now an undefeated nineteen-fight professional will look to start 2021 by bursting into the top 15 of the world rankings as a win over Jayson Velez places him in the conversation as one of the best in the world. The expectation is that Flores Jr will make a statement on national TV, as Flores Jr. is nearing the space of headlining a card on national television soon.

140 lbs Elvis Rodrigeuz is a surging contender at only ten fights in, looks to be a force in the division and has already become a marquee guy to watch. Rodriguez will win a world title before it is all said and done, and with Freddie Roach in his corner, the experience is on his side. Rodriguez looks to be like Flores Jr., one of the brightest futures in Top Rank, and with his post-fight guitar celebration, Rodriguez could be fast-tracked soon.

Xander Zayas, the Florida-based welterweight is the goods as Daniel Jacobs, Adrien Broner, and many others have sparred him in the last few months and returned time-and-time again, meaning the work was really good. Zayas has the skills, personality, a great team, and marketing to be a transcendent star. Not unlike Flores Jr., Zayas is still really young, at only 18-years-old, and the big thing is to remember how young he is, and not to expect too much, too soon. In two-to-three-years, Zayas could be one of the biggest draws within Top Rank.

Sonny Conto, a heavyweight from Philly, who has been billed as the “real-life Rocky” training in blue-collar environments, is a big-puncher, and worth-watching as he sparred Tyson Fury in the past, and even had Fury walk him to the ring for a fight.

2020 Olympic Trials winner, middleweight Javier Martinez, who is a talented fighter, will look for the first knockout of his career as his first two bouts have gone the distance. Martinez is a solid pressure fighter, who was a force in his division in the United States. It’ll be interesting to see how his second fight with the Robert Garcia Boxing Academy goes.

Have any questions? E-mail us at [email protected]