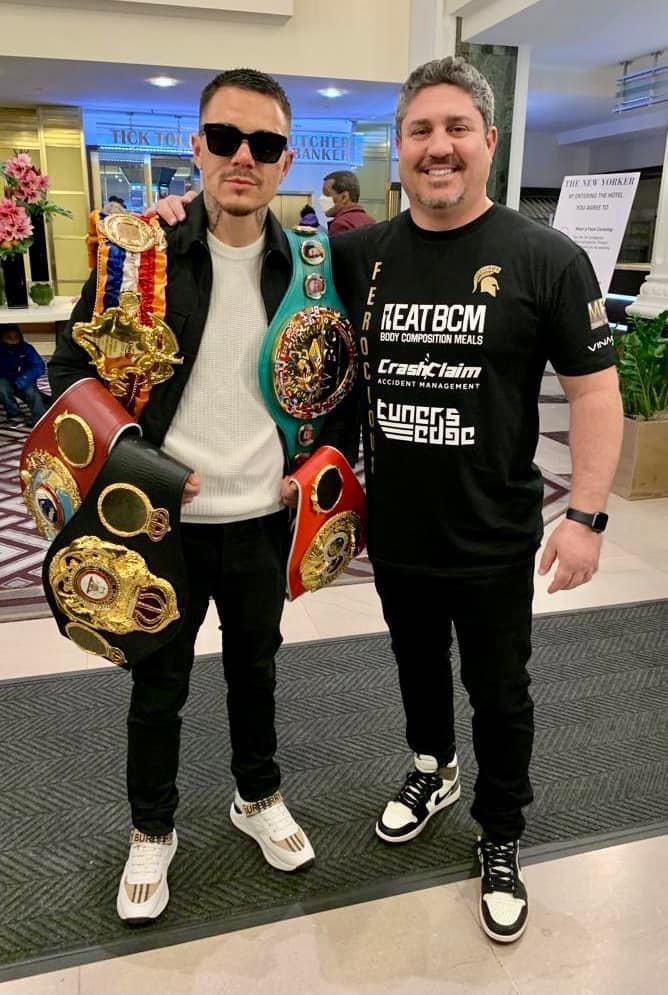 Manager of the Year: Peter Kahn – Kahn got Kambosos Jnr to become an undisputed world champion. Not many managers will ever be able to do that. The other part to that is he stuck by Kambosos Jnr., for five years which was a long journey, leading to an even longer journey to get the IBF lightweight world title fight for all four belts that fatefully happened in November of 2021.

Add to the fact, he got Charlie Sheehy, the 2020 Olympic candidate prior to the new qualification restriction to his roster that didn’t let Sheehy fight at the Olympic Games, and Xander Zayas is one of the most well-publicized young fighters in the sport and fought six times in the year of 2021. Kahn’s run is unlike any other manager this year.

Working with Centeno’s Sweatbox Gym out of Davie, Florida, along with Bommaritos Performance, Kahn has developed a one-stop-shop for athletes from training, conditioning, and marketing, as Kahn has spent time in the media, as well and has relationships that were based seen by Kambosos Jnr.’s victory lap in the public eye, attending each-and-every major lightweight event after his win, and appearing on massive media outlets like the Joe Rogan Experience.

Above is a glove to Kahn from Kambosos Jnr after the fight, the most telling statement is the fact that it included the words “we”, meaning it was a team effort, and this keepsake is more so, a testament of years of sacrifice and belief that words can’t explain.

How can Kahn not be the manager of the year leading Kambosos Jnr., into the position of one of the most interesting and profitable fighters in the sport in 2022.

James Prince – James Prince is one of the gold standards of boxing management, his fighters are always in a position to win, and having Shakur Stevenson and Jared Anderson, two of the brightest young stars in the sport, gives him a premium on the future of the sport of boxing. Bringing Kanye West to Shakur Stevenson’s fight in Atlanta was just an added bonus, and shows just how influential he is in the culture at large, not just in boxing management. A star in his own right, who puts his fighters first.

Egis Klimas – With Usyk winning most of the belts over Anthony Joshua, and Lomachenko looking to be quite possibly the next guy for Kambosos Jnr., Klimas once again is one of the key power brokers of the sport.

Rick Mirigian – Mirigian continues to be the king of underutilized cities that most ignore, including the mainstream media. Mirigian is getting attendances and gate numbers of Los Angeles, California venues in Fresno, California. On top of that, Mirigian now works with Vergil Ortiz Jr., who is one of the best fighters in the sport and should be in a meaningful fight next year.

Eddy Reynoso – Being involved with Canelo Alvarez doesn’t hurt, and being the one who advises Canelo means you’re always going to be in this category since Alvarez is the money man in the sport.