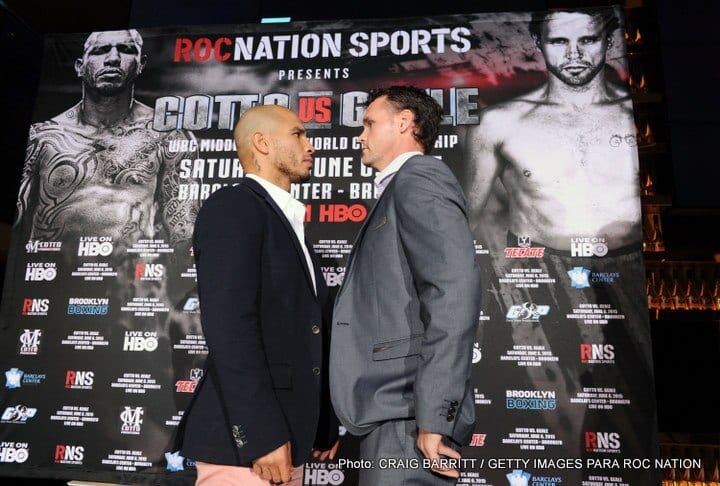 With Edgar Berlanga main eventing this week on ESPN against Steve Rolls, and Xander Zayas featured in the co-main event, we thought it might be a good time to look at the greatest Puerto Rican boxers of all time. Here is the list ITRBoxing’s staff came up with.

Criticism: Trinidad lost his fair share of big fights, but also had a major promoter backing him for most of his career, as well as was HUGE ticket seller, boxing seems to work better if you sell tickets and have a major promoter. Some point to Trinidad as a fighter who benefited from circumstances he was put in.

A three-division world champion that many consider the greatest super bantamweight of all-time was a master of turning defense into offense, and one of the biggest punchers in the lower weights. A big reason was Salvador Sanchez is thought of so highly is because of his win over Gomez

Criticism: In hindsight I wish we could have gotten more of him at 122 lbs.

Accomplishments: One of the most colorful personalities boxing has ever seen. Prime Camacho was one of the five best Puerto Rican Fighters ever, but addiction hurt his career badly. Camacho invented the ring walk, and was social media before social media. Camacho is the reason that New York City is veiwed as the venue for Puerto Rican boxers to this day. A true all-time great.

Criticism: What could have been. “Macho Time” was one of the fastest fighters ever, but his vices outside of the ring took over at a certain point leading to a shortened prime, and one of which, not unlike Adrien Broner – when they left their prime, the guy we fell in love with, never came back.

Accomplishments: The first WBC lightweight world champion, a pioneer, and holds the most world title wins at lightweight at ten. A major influence on fighters like Miguel Cotto and Wilfredo Gomez. When we think of the Puerto Rican boxing tropes, they started with Ortiz, and he fought in an era, where you just had to fight people. Ortiz could do everything, but for that reason was not one of the more fun fighters to watch, as he didn’t have one trait that jumped out of the screen at you.

Criticism: He produced similar performances against great fighters to lower-tier fighters it is easy to overlook or sum up his career quickly because a lot of his fights looked very similar making him one of the hardest legends to watch.

Accomplishments: As big of a star as “Tito” Trinidad and Camacho, who fought all the greats of his era. A boxing icon with iconic look and an iconic style. A good boxer, who started his career out with a huge knockout streak, leading to many different periods in his career. Sad, that his prime was impacted by Antonio Margarito, who was caught with weapons in his handwraps, as Cotto would still go on to be great, but a bit of luster was lost in that bout – even after he avenged the loss.

Criticism: When Cotto fought the true greats of his era, he never won. Cotto was the guy who lost to the stars such as Floyd Mayweather, Canelo Alvarez, and Manny Pacquiao.

Accomplishments: One of the best defensive boxers ever. The king of the fifteen rounders as he would seemingly take the greats all the rounds. Benitez beat Roberto Duran, and gave Thomas Hearns one of his hardest fights.

Benitez record in world title fights is 8-2, with 2 KOs.

Criticism: Had trouble seperating himself at he highest level of the sport against the all-time greats. Could give anyone a tough fight, but seemingly could never pull away, it was always a debate who won the bouts at the highest level.

Accomplishments: Considered the best 105 lbs boxer ever, not named Ricardo “Finito” Lopez. A fighter who engaged in brutal wars, and as I said prior, to be known in the 105-118 lbs weight class, you have to be truly great. He had an amateur rival of Brian Viloria and was one of the most interesting fighters of his time. Calderon’s name meant something. Calderon’s boxing skill was in the same conversation as Guillermo Rigondeaux and Floyd Mayweather.

Criticism: The problem with a lot of defensive fighters, not being busy enough against aggressive fighters.

Accomplishments: A three-division world champion who saw his best work and accomplishments at super bantamweight – was viewed as one of “Prince” Naseem Hamed’s most legitimate wins. A really big puncher.

Criticism: Beat the good, and lots to the great. Couldn’t quite beat the elite fighters.

Accomplishments: He held the lightweight world title three times in his era, and was known as one of the biggest punchers. Just couldn’t beat the top guy of the era who happened to be Julio Cesar Chavez. No shame in that, Rosario is a legendary puncher, and a long-reigning champion.

Rosario was 7-5 with 5 KOs in world title fights.

Criticism: Didn’t have the fastest feet in the world, and was known to start slow in fights.

Accomplishments: The greatest Puerto Rican Women’s fighter ever, as she is a seven-division world champion. Serrano seemingly couldn’t find a weight class in which she couldn’t win her title, years ahead of the competition as her power was generational. A true legend.

Criticism: At times had the same issues as Edwin Rosario, got hit a bit, and didn’t love to fight movers.