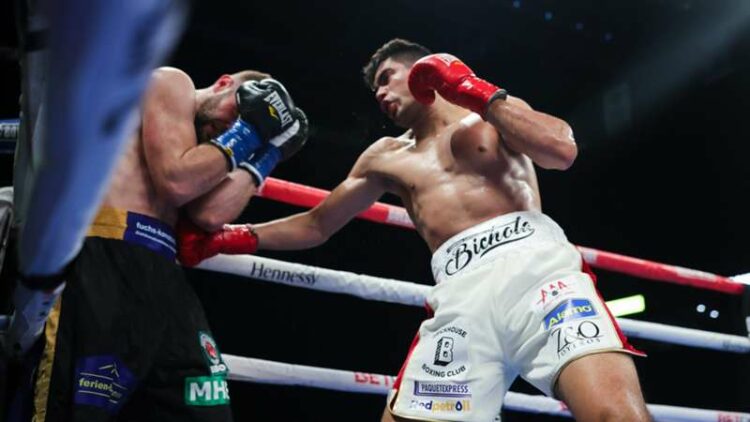 After a predictably dominant 4th round stoppage of Dominic Boesel Saturday night, what should be next for Gilberto “Zurdo” Ramirez?

I remember one of the first times I got to watch Zurdo Ramirez. It was against Maxim Vlasov back in 2015 on the undercard of the third fight between Brandon Rios and Mike Alvarado. Looking back this is perhaps the best win that Ramirez has on his resume. The fight was incredibly close and it was obvious that Vlasov was a skilled and credible opponent, and the overall feel of the production and the commentary made it seem like something bigger was on the horizon for the winner. Vlasov has since fought for multiple world titles at both cruiserweight and light heavyweight, most recently a controversial decision loss to Joe Smith.

Not long after that in April of 2016 I remember watching his one sided beatdown of Arthur Abraham over twelve rounds. Abraham at the time was a bit past his prime but still a top ten contender on an eight fight win streak. Ramirez won every round and made the fight look easy. Surely a big fight was coming soon.

Then came two very close decision wins over Jesse Hart in 2017 and 2018, who has also since proven to be a legitimate top ten contender at super middleight. While good wins, Hart was not the big fight it seemed like he had been so close to just a few years ago, and the closeness of the fight seemed to make Top Rank hesitant to put him in with an elite level fighter. The reality is that Hart was just a good opponent, and that tough fights happen when you don’t match your guys soft.

Mixed in with those fights were plenty of stay busy lateral move type fights, and in 2021 he beat a faded Sullivan Barrera and fringe contender Yunieski Gonzalez. Now with the win against Boesel coming at an inopportune time, this feels like yet another lateral move.

This fight was a mismatch, a classic A-side vs B-side fight, and if anything Boesel brought less to the table than many of Zurdo’s past opponents. Ramirez was able to easily walk Boesel down with basically no jab and showcase his creative combinations and versatile offense with minimal resistance from Boesel. With all due respect to Boesel, I’m not sure how he became a mandatory for any major governing body, but on paper Ramirez (44-0, 30 ko) is now the mandatory for the WBA light heavyweight title held by Dmitry Bivol. That would seem like the most obvious next move for him, but it’s unclear whether or not that will happen immediately in light of Bivol’s upset decision win over Canelo Alvarez.

Ramirez is somewhat flawed as a fighter. He sometimes get caught and hurt in fights that he is dominating, which makes him look more vulnerable than his build and skillset might suggest. But he has very fast hands, creative combinations, top level power, and above average defense. He’s tall and rangy and his fights are fan friendly. He’s fought some tough competition, and so far he has found a way when the going gets tough. He doesn’t fold to the pressure. It seems like in most ways he checks all the boxes of a guy who is ready to make that leap and has been for a while. Every time I was him I worry that he will look stale, and at times he does a little.

But overall, I think he’s the goods and at 30 years old he is in his physical prime and more ready for a test than ever. If he is unable secure a fight with Bivol, I hope he is matched with the winner of Artur Beterbiev and Joe Smith. There is also Callum Smith, a guy with a similar build and coming off a knockout of the year kind of fight. There is even the winner of Josh Buatsi and Craig Richards if none of those can be made.

But I think the one fight that doesn’t get talked about enough is a matchup with David Benavidez, a guy who is somewhat in the same position as Ramirez as a great young fighter who hasn’t yet had the opportunity to showcase his skills against a legit threat. They are both in need of what the other can supply. I think that needs to be a fight that we as fans demand get made in whatever way we can.

There is also the fact that Ramirez walked into the ring weighing 204 pounds and looked much bigger than Boesel. It wouldn’t be unfathomable that Ramirez could move up to cruiserweight and have some success with his athletic, combination punching style.

Zurdo should be a guy with a lot of options, but I hope more lateral moves isn’t one of them.

Lukie's Middleweight Boxing Rankings And Why Golovkin Is #1