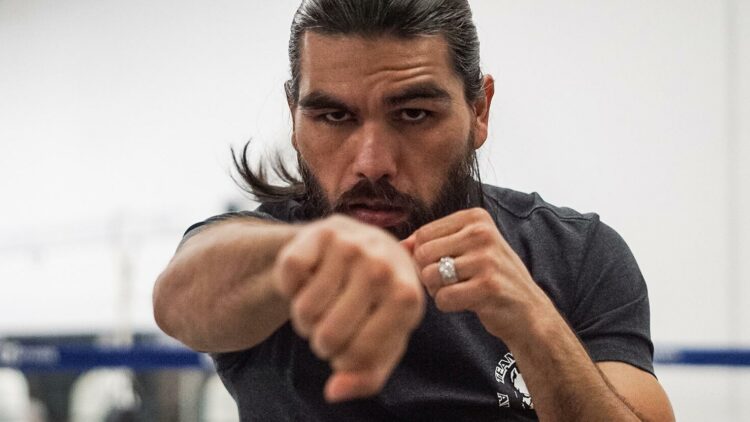 ATLANTA, GA (May 23, 2022)–Former world champion Alfredo Angulo is looking for one more defining fight in his illustrious career and that will begin on Saturday, June 11th when he takes on Fidel Monterrosa Munoz as part of huge night of boxing and entertainment at the Center Stage Theater in Atlanta.

The massive 12-bout card is promoted by Prestige Boxing Advisory Group in association with BFC The Last Round Promotions.

Angulo, who now resides in Coachella, California via Mexicali, Mexico is now 39 years-old and he knows that a big performance against the 70 fight veteran Monterrosa can get him one more chance against a bi-named opponent.

“I feel good. My body is reacting how I expect, and I feel really good. This is a short term notice, but I am very motivated. I feel like I have nothing to lose and I will give it my all,” said Angulo

on Monterrosa, “I think he is Colombian and a warrior. He will give me a good fight. It takes me back to when I fought Richard Gutierrez. Colombians are warriors and have a big heart.”

“I am used to fighting in bigger arenas, but I have been inactive for 2 years, and I need this forum to give a good performance to get a bigger opportunity. I want to get a feel for myself, body and reflexes. I do want to end my career with my hand up high. We have a plan. This is a fight to get a better fight

“It motivates me to keep fighting. Most important to myself , I have that dog fight in me, and I want to see if I still have that in me. After the fight and then we will make a decision on whether to go on based on this performance.”

In an eight-round bout, undefeated heavyweight knockout artist, Raphael Akepejiori(13-0, 13 KOs) of Miami will take part against an opponent to be named,

Also in a special attraction, super bantamweight and world renowned model and undefeated Avril Mathie of Miami via Australia will risk her record that reads 7-0-1 with three knockouts in an eight-round bout.

Elia Carranza (1-0) of Florida takes on debuting Yannick Azengue of Baltimore in a middleweight bout.

Also on Saturday night, June 11th a special performance dedicated to fallen star, rapper King Von will be part of a big night of boxing at The Center Stage Theater in Atlanta.

The show will be streamed live on www.bxngtv.com