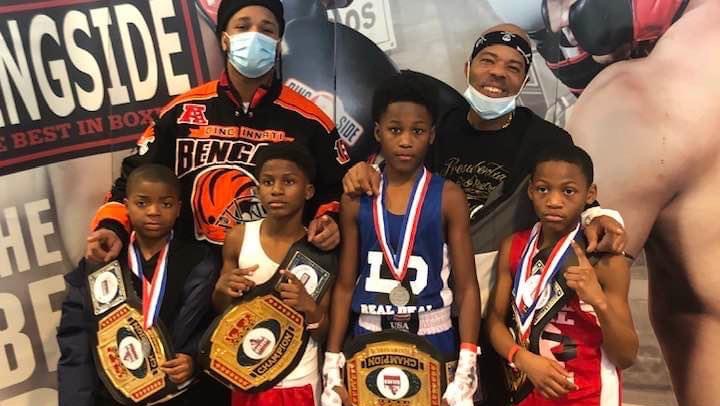 We are mere days away from the next USA Boxing national tournament, and with that comes managers scurrying to see certain fighters they have allocated for success, parents, and athletes converging on Kansas, where this year’s event will be held, and seemingly a lot of future world champions competing anonymously.

It isn’t any different than any other sport, but because the difference in pay until the very highest form of the sport is so much different than the NFL, NBA or MLB, it feels like these athletes should get more credit for the financial investment they have made. We have showcased over the years, Ryan Williams, and Steven Navarro, amongst other standouts, but rarely outside of Soul City Boxing Gym, Bozy’s Dungeon, JC’s Sweatbox Boxing Gym, Mike Lugo’s Fight Team, and Team No Smoke have we focused solely on a camp.

At the last national tournament, Kevin Benford’s Real Deal Boxing Gym brought home 11 medals with 12 fighters, no other gym came close. I talked to my good friend, and Cincinnati native Ruben Garrett, and he smiled stating “Kevin Benford has the best boxers in the world.”

I saw the results, I wrote about some of the fighters but unless you have a relationship with a team or someone points it out, it is hard to believe what you saw.

I received a nice e-mail from their official page, simply telling me of their accolades. I was impressed I wanted to do a Zoom call, that proved difficult, but they asked if I could write about it.

Though it is well overdue, what better time than now to write about the people helping preserve the legacy of our sport.

I always enjoy writing about the selfless people of the sport, those without having to be on the internet too much, the ones who will help a young kid just to try and change his life. That is what Benford is doing, but not just is he helping build and shape people’s lives, Benford’s team is winning.

The team is home to Adrian “Playtime” Benton, who is Benford’s son, a fighter signed to Mayweather Promotions, as it feels like Benford has created a winning atmosphere that will create at least one world champion, and in the future might be a place that people flock to resurrect their career.

I wish with all the success Benford is having he could be instrumental in aspects of USA Boxing, as I hope that we get a gold medal in 2024, and from a fan perspective, it would be nice if we could reward the coaches with the most accolades from the year with money and a once-in-a-lifetime experience.

Nonetheless, Real Deal Boxing is a gym that this week, you should watch – and much respect to any and all, at this gym who are making a difference in young and impressionable people’s lives.