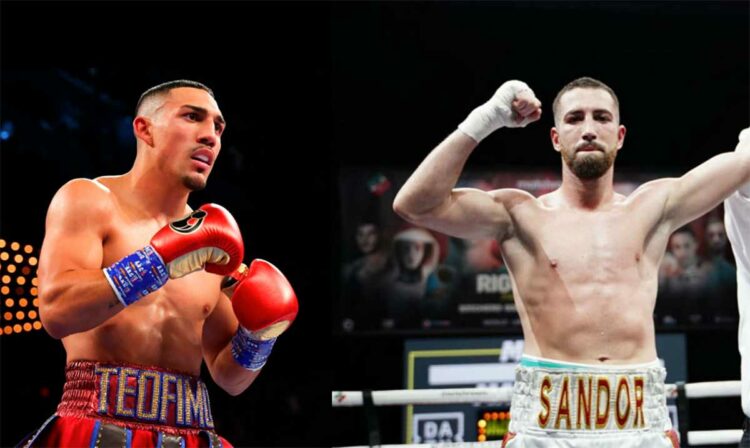 Jose Pedraza has suffered an illness and will no longer be fighting Teofimo Lopez in New York December 10th.

Instead, Lopez will face the crafty southpaw from Spain, Sandor Martin. Martin (40-2, 13 ko) is just a year removed from a massive upset win over Mikey Garcia, and while he may not be as big of a name as Pedraza or some of the other top guys at 140, he presents a real threat to Lopez. A career jr. welterweight and having fought Garcia at welterweight, Martin represents a better test of what kind of 140 pounder Lopez is going to be than Pedraza, a fighter who has steadily moved up to 140 since turning pro at 130. Martin’s slick boxing style will force Lopez to fight a high IQ fight, and as he showed against Garcia, if Lopez is not on his A game, Martin can upset the party. It will also be a test of how Lopez’s power will impact a naturally bigger man who legitimately earned his spot in the top 10 of a stacked division.

Lopez (17-1, 13 ko) is starting a new chapter in his career at 140. At just 25, and despite already being one of the most exciting fighters in boxing, in some ways we are still learning what exactly he brings to the table. It is tough to watch Lopez’s performances against Vasiliy Lomachenko and Richard Commey and imagine that his performance against George Kambosas would even be possible. Lopez fought Kambosas with a condition called pneumomediastinum, and it is hard to imagine that it didn’t severely impact his performance. But that then begs the question- will Lopez be healthy going into this fight? And while Lopez had a solid outing against Pedro Campa back in August, it still left some questions about both his defense and whether or not his power has the same impact against 140 pounders as it did at lightweight. He also looked somewhat smaller than Campa; how will be stack up physically against Martin?

Lopez has a lot of questions to answer in this one. For Martin, he really only has one question to answer, the same question that every fighter who scores a big upset has to answer; was it a fluke? Was Mikey Garcia off his game? Or is Sandor Martin the real deal?