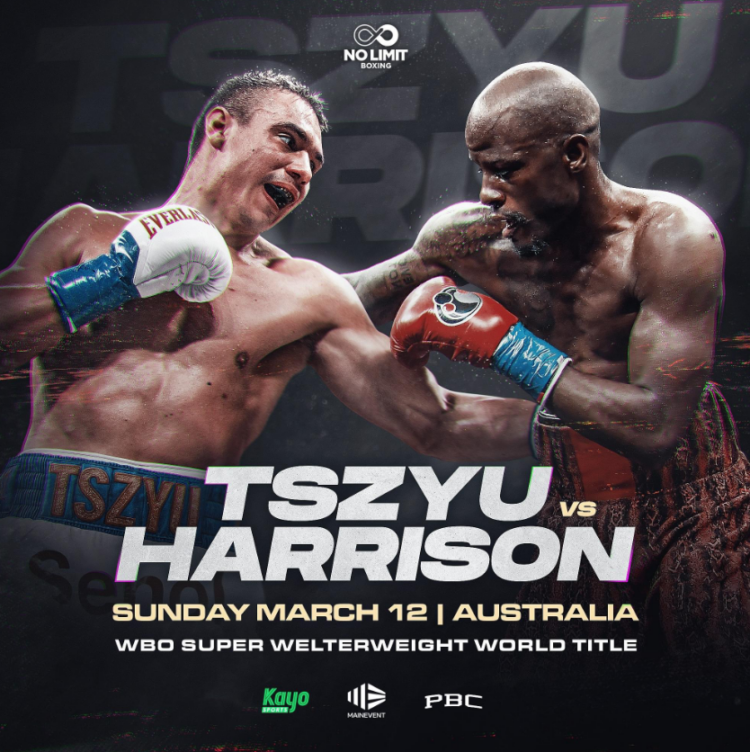 Ben Damon of Fox Sports Australia and Main Event TV reported earlier today that WBO #1 154lb contender Tim Tszyu (21-0, 15 KOs) will square off against former WBC champion Tony Harrison (29-3-1, 21 KOs) on March 12th in Australia. It will be a Sunday afternoon broadcast in Australia that will take place in primetime Saturday night in the US. There has been no official announcement as far as a US broadcast is concerned, but Jake Donovan of Boxing Scene shared that the fight will likely end up as a Showtime Championship Boxing broadcast. The fight will be for the interim WBO title, and current undisputed champion Jermell Charlo (35-1-1, 19 KOs) will have 180 days to then defend his titles against the winner.

Tim Tszyu, the son of former world champion Kostya Tszyu, has been in search of a new opponent ever since Charlo suffered a broken hand that postponed the scheduled January 28th matchup between the two. He hasn’t fought since March of last year, where he defeated former US Olympian Terrell Gausha (22-3-1, 11 KOs). He was knocked down in the opening round, but came back to dominate Gausha as the rounds progressed and win a unanimous decision.

As soon as the news broke regarding Charlo’s injury, Tony Harrison took to Twitter making it known that he was completely willing to step in as a replacement. The two sides entered negotiations shortly after and we now have yet another quality fight in the 154lb division, something as boxing fans we have grown accustomed to. He was matched up with Sergio Garcia (33-2, 14 KOs) in his most recent fight and showed that he still has a lot left in the tank at the highest level. He came into the fight the slight underdog, but showed that he was on a different level as he boxed his way to a clear unanimous decision win.

The winner will be in line for an undisputed title shot, along with IBF mandatory challenger Bakhram Murtazaliev (21-0, 15 KOs). No matter who is victorious between Tszyu and Harrison, it will lead to an intriguing matchup with Charlo for undisputed. Tszyu is a highly rated contender on the rise, and a win over Tony Harrison would validate him as a legit threat to the undisputed crown. If Harrison were to win, it would be a huge victory over an undefeated contender in his home country and would set up a highly anticipated trilogy fight between him and Charlo.

This is also a great clash of styles, with the come forward aggressive style of Tsyzu pinned against the pure boxing of Tony Harrison. Both guys have qualities that can provide issues for their opponents, and this matchup will show us exactly where both stand in the division right now. Will Tszyu’s pressure and engine be too much, or will Tony be able to keep him at bay and outbox him? We will find out.

I have to give Tim Tszyu a ton of credit for taking this fight. He could easily have scheduled a “tune up” fight and waited for Jermell to heal up, but he instead took a fight with the highest rated contender he could have putting his WBO mandatory status on the line. We have been seeing a lot more fighters taking control of their careers and asking for fights that will help define their legacy in 2023. It is a great sign, and I hope the trend continues because this is setting up to be a great year in the sport. 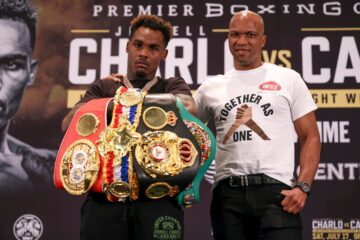