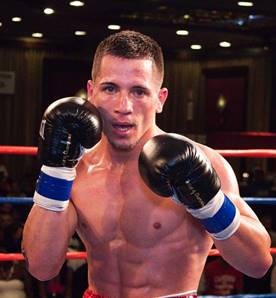 When Jason Sosa leveled Michael “Lefty” Brooks in the ninth round of their main event last April 12 at Bally’s Atlantic City, he appeared to be one of the brightest prospects in the junior lightweight division. His (12-1-3) record included seven consecutive knockouts and he earned a No. 1 ranking with the USBA. Next up for Sosa was a spot in front of the HBO brass on the Aug. 2 undercard of Sergey Kovalev’s WBO light-heavyweight title defense against Blake Caparello at the Revel Resort in Atlantic City, but like the Revel Resort, Sosa faded from view. Now, as he prepares to take on Bergman Aguilar, of Escazu, Costa Rica, in the eight-round main event on March 6 at the 2300 Arena in South Philadelphia, Sosa reflects on his disappearing act in 2014.

“After the Brooks fight, I had to put my boxing career on hold,” Sosa said. “There were contractual interferences that have since been resolved.  Unfortunately, there are two different sides in boxing and I had to take care of the business part.  I signed with a new manager, Mark Cipparone of Club 1957 Management, and, since then, it has been great.”

In the fall, Sosa was in line to box world-rated Edner Cherry, of Wachula, FL, at the 2300 Arena and the fight was to be televised on the NBC Sports Network.  However, Sosa and Cipparone did not feel the timing was right and the fight never materialized. Sosa did manage on more fight in 2014, traveling to Catano, Puerto Rico, in October where he knocked out Juan G. Cruz in two rounds.  It was the first time Sosa had boxed someone with a losing record since his second pro fight in 2010.

A pro since 2009, Sosa has lost just once.  That came late in 2010 when he accepted a fight on 48 hours notice against Treysean Wiggins, a hard hitter from New York who was two weight classes above Sosa. Needing the money but eight pounds over his best fighting weight, Sosa was stopped in the first round of a scheduled six-rounder at Bally’s.  It was a fight that never should have happened. Sosa stayed out of the ring for 13 months, but came back strong with trainer Raul “Chino” Rivas in his corner.  He has not lost since, winning 10 fights, the last eight by knockout, and boxing a pair of disputed draws with Angel Luis Ocasio. Hoping to use a win over Aguilar on March 6 as a stepping stone to a world ranking, the 25-year-old Sosa, is primed for a big year in 2015. A potential fight with lightweight Ivan Redkach on ShoBox was “on the table” for the first week in January, but when Redkach’s camp failed to respond in time, the fight was scrapped. When Redkach’s people finally agreed, Sosa had stopped training.

Sosa vows things will be different. “I’m looking forward to getting right back where I left off in the ring,” he said.  “My last eight fights have ended in knockouts and on March 6 I will keep the streak going. “I am re-focused and recharged and my career is back on the fast track. I’m excited for what my promoter, J Russell Peltz, has in store for me and my career in the near future.”

Aguilar, now living in Puerto Rico, is (12-1-1, 4 K0’s).  He has not lost since his fifth pro fight in 2008. In his last match April 4, 2014, in Panama City, Panama, Aguilar earned a decision over previously unbeaten Juan Huertas, of Panama, for the WBA Fedalatin junior lightweight title.  The March 6 fight will be Aguilar’s first in the United States.

The Dawejko-Umohette and Jason Sosa-Bergman Aguilar fights headline a seven-bout card at the 2300 Arena in South Philadelphia.  Doors open at 6 pm; first fight is 7pm.  The card will be streamed live on www.gfl.com and on Comcast SportsNet (CSN) on a delayed basis.  Tickets are priced $35, $50 and $75 and they can be purchased by calling Peltz Boxing (215-765-0922) or Wanamaker’s Tickets (215-568-2400).  Tickets also can be purchased online at www.peltzboxing.com and www.wanatix.com.  The March 6 card is promoted by Joe Hand Promotions, Peltz Boxing and BAM Boxing. 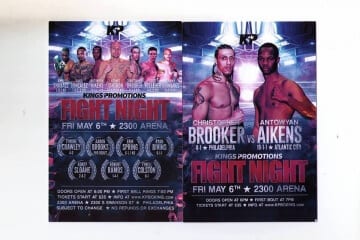 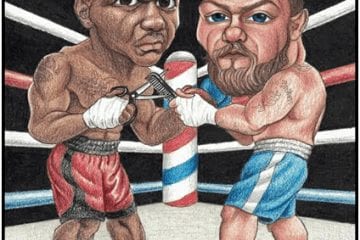 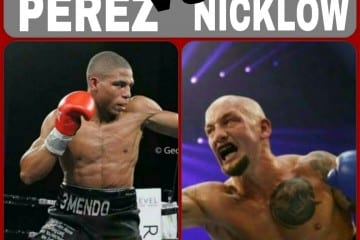