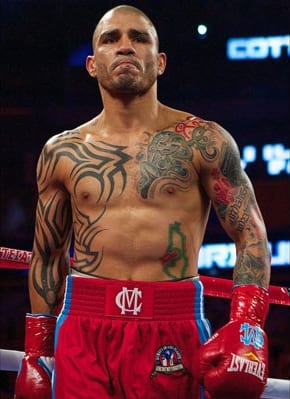 Earlier today on a segment of ESPN first take, WBC middleweight champion, Miguel Cotto made official his signing with Roc Nation Sports, a promotional company owned by music wizard Jay-Z. The announcement shouldn’t come as a shock to many. Especially those who thought Cotto would remain loyal to Top Rank as he’s done this before to them.

Cotto left the major promotional company back in 2012 when he agreed to take on Floyd Mayweather for a solid 8 figure payday. Later that year he worked alongside Golden Boy for his bout with Austin Trout. After the 2 fight hiatus, Cotto would once again do work with Top Rank for his fights with Delvin Rodriguez and Sergio Martinez. Now he is once again leaving, for what he says is better for his family and career.

“I am just finishing the last part of my career by doing what is in the best interest for me and my family, we had the opportunity to work with and have nice relationships with Top Rank and Golden Boy and now we have an agreement with Roc Nation. That was the best option for us. Just like any other businessman, I am just thinking about the benefits, the money and the opportunity in this deal.” Said Cotto in an interview with ESPN Sports.

Though details of the agreement haven’t been fully disclosed, one of the things that have been discussed is Roc Nation helping promote the Cotto Promotions cards in Puerto Rico, something Cotto benefits from greatly. The contract is a multi-year, multi-fight agreement, with his first bout being held in New York, possibly on June 6th. Opponents? None were made official, but speculation is that IBF Jr middleweight champion, Cornelius Brundage is the leading candidate.

Other opponents mention before were the likes of Brandon Rios and Timothy Bradley that of course was before the signing was made official. If indeed Cotto fights in June, it would make a years’ time since he last appeared in the ring. He faced Sergio Martinez last June 7th when he won the middleweight strap from the fragile Argentine. Many thought we’d see Cotto before the year 2014 ended but instead he decided to hold off on an opponent, possible to prepare for Canelo Alvarez as many of us thought.

As some know, Cotto was in negotiations with Golden Boy up until mid-January for a spring showdown with Mexico’s Alvarez, that was until Canelo and Oscar De La Hoya grew frustrated with the way Cotto’s side was taking the negotiations. Cotto’s team was not responding in time and making things complicated with Miguel wanting to be the A side of things. Something Alvarez was reportedly okay with, none the less, De La Hoya made clear that the fight was off the table and they would look elsewhere for an opponent, which is now James Kirkland.

With Roc Nation now holding 2 major fighters in boxing, Andre Ward, whom they signed a few weeks back and now the lineal middleweight champion, Miguel Cotto. It’ll be interesting to see how their career’s take off from here as this is an entirely new promotional company for boxing, but they vow to be different and help their fighters in new ways.

“Roc Nation is not just a boxing promoter. We have lots of different platforms to offer Miguel Cotto. We are going to help him with his foundation, which is very important to him. Our relationships extend beyond boxing. We will help him build Cotto Promotions into a more diversified company that will include music and entertainment.” 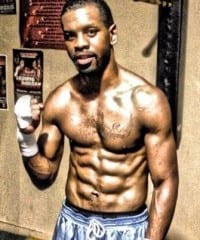