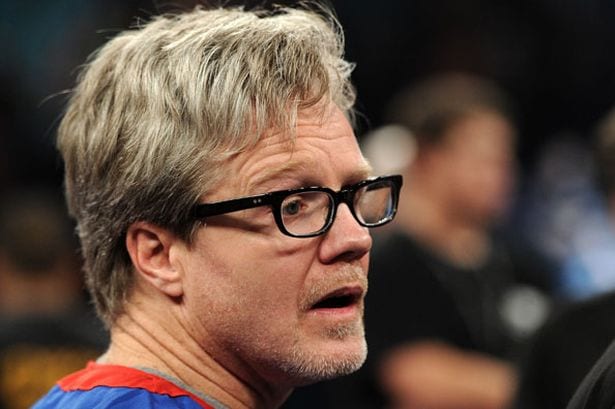 HOLLYWOOD, CALIF. (April 7, 2015) – SACRÉ BLEU!  We have all heard of France’s New Wave style of filmmaking but has FLOYD “Money” MAYWEATHER decided to incorporate New Wave training into his preparations for his battle against Fighter of the Decade Congressman MANNY “Pacman” PACQUIAO or is he just a fish out of water?  Their welterweight world championship unification battle takes place Saturday, May 2 at the MGM Grand Garden Arena in Las Vegas.

By the looks of the footage Mayweather posted on his Instagram account http://www1.skysports.com/watch/video/sports/boxing/9793142/floyd-hits-the-pool it seems like the undefeated reigning welterweight and super welterweight world champion is underwater from the pressure of his impending battle with the man he has finally been forced to fight — eight division world champion and boxing superhero Pacquiao!

“Sounds like we should start calling him Floyd “Flipper” Mayweather,” said Hall of Famer and seven-time Trainer of the Year World-Famous Freddie Roach.  “Team Mayweather would be wise to add a lifeguard to their corner on fight night because Manny is taking ‘Mr. 47 and 1’ into deep water.  Swimming lessons or whatever he thinks he is doing will not help him survive the shark-infested waters he will be entering on May 2.  I’m betting his little buddy Justin Bieber will be walking him into the ring singing this: https://www.youtube.com/watch?v=azEOeTX1LqM.”

Promoted by Mayweather Promotions and Top Rank Inc., the Mayweather-Pacquiao live pay-per-view telecast will be co-produced and co-distributed by HBO Pay-Per-View® and SHOWTIME PPV® beginning at 9:00 p.m. ET/6:00 p.m. PT.

Amir Mansour "He’s hiding his chin, they’re supposed to tell him to shave it. The beards gotta go!"