The Confusing Case of Kovalev-Stevenson 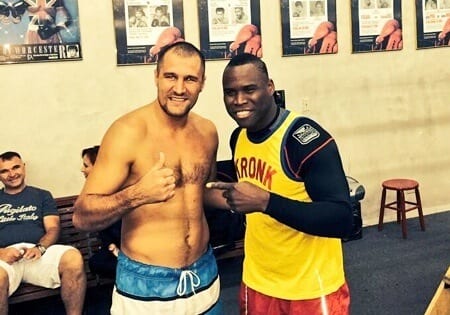 The following is not an essay or an article , but rather an archive of the documents that have surfaced to the public after the shocking news that Main Events is no longer seeking to have their fighter Sergey Kovalev attempt to gain the WBC light heavyweight title from the current champ and lineal champ, Adonis Stevenson. Kovalev last fought Jean Pascal to gain the #1 contender position for the WBC light heavyweight title and set up a purse bid. The underlying assumption in the fight game was that Stevenson would drop the belt in favor of a rumored PBC title, this all came for no when, Al Haymon, Stevenson’s advisor, was willing to put a large sum of money to outbid Duva/HBO meaning that the bout would happen on network TV and out of control of the aforementioned promoters below are publicly released notes from Kathy Duva, who represents Sergey Kovalev and Yon Michel, who represents Stevenson.

Both of these letters where first published on WorldBoxingNews.Net and full credit should go to @PhilDJay for obtaining this information and making it public.

This letter is to confirm that we received the correspondence yesterday regarding your offer for a unification title fight between Adonis Stevenson and Sergey Kovalev. Thank you very much.

You have informed me that you have exclusive ties with HBO and cannot fight on another network, which is unfortunate because it might prevent this clash from getting the best possible value for a fight of this tremendous magnitude.

You must have done your deal with HBO just recently because you were quoted, right after the Pascal fight on March 14, 2015, that it was Kovalev’s last fight of your current contract with the network. This is one of the reasons we requested the WBC to hold a rapid purse bid since we believed you could freely participate on what has the potential to be the richest light heavyweight fight in boxing history. You certainly knew that agreeing to a new contract with HBO without having their full support to win the bid was jeopardizing the fight from happening.

You complained to the WBC that we have not communicated with you in terms of engaging negotiations prior to requesting a purse bid. You are correct. Considering our past experiences together, as well as our different network affiliation, we did not believe a negotiated agreement was possible and subsequently requested that the WBC skip this unnecessary phase.
At the last WBC convention, you petitioned to have your fighter become the mandatory contender to Stevenson, requesting a 50-50 split on a purse bid, but you failed to specify that, at all costs, the fight had to be on HBO.

In your proposal, you mentioned: “We choose the venue based upon who offers the best deal. Our guiding principle will be maximization of revenues.” We are totally in agreement with you but don’t understand why this principle cannot be applied on the US television partner as well. We both agreed would not hold the fight in Atlantic City with no guarantees, if we can have a 2 million offer in Quebec City. The same should apply for television.

My feeling is that our television partners are placing a higher value on the fight than yours. Maybe I am wrong but going to purse bid would clarify the situation.

Regarding the popularity of Adonis Stevenson in Quebec, you are making a bold, false statement and have probably been wrongly informed by pretending it is in decline. The fight against Bika on Saturday of Easter weekend was presented live on free network here, in English on CBS and French on TVA Sports. According to Mr. Serge Fortin, Vice President of TVA Sports, ratings for the Stevenson vs. Bika fight were the best in the history of the network for boxing, reaching nearly 400,000 viewers and an 18.5 share of the market. During the fight, TVA Sports was the most watched television station in Quebec, including terrestrial networks!

Now, regarding Stevenson’s popularity in the USA, his April 4th fight on CBS against Bika had an average of 1.7 million viewers, peaking at 1.85 million. This is more than any fight involving Kovalev, including his against Hopkins and the Pascal. Not only was Stevenson vs. Bika held on Easter Sunday weekend, it was against a fighter born in Cameroon who lives in Australia and no connection or fan base in the US market.

You are backing off the purse bid blaming Stevenson’s popularity, several economic factors and production conflicts. In reality, it seems like you are really afraid of looking bad with your bid. We certainly are willing to put forward the best purse bid ever for the division but, contrary to your pretensions, it takes more than 90 days to get the best economic result when organizing an event. This is a mistake the boxing system forces us to do. In show business, advertisements of sales for an event are placed up to a year in advance. This is how they fill-up stadiums! Here in Quebec, the most profitable boxing event ever was the Pascal vs. Bute fight, in which revenues were nearly 6 million (only 500,000 from HBO. There was a period of 11 months spanning the first press conference to the day of the fight.

Anyway, if you do not believe the potential economic success of this event, or you are concern of not receiving the necessary backing, just sit back and let us take the risk and do the job. Your fighter will make as much money in this single fight then all his other career fights combined.

We believe the Stevenson vs. Kovalev light heavyweight unification title fight is the most anticipated and publicly demanded fight of 2015, ranking only behind Mayweather v Pacquiao. We also believe it is one of the most important fights in the history of the light heavyweight division. GYM and Adonis definitely want to make it happen. Acting as if you have the best light heavyweight champion is, at best, pretentious. The world will know only when they face each other in the ring. In the end, though, maybe you prefer to avoid it?

I believe the best way to resolve this situation is a purse bid. But in an act of good faith and desire to see this fight happen, albeit it with some adjustments, we are willing to accept your offer of co-promoting the fight together with a 50-50 split and avoid going to purse bid. However, one major point is we have to be able to maximize revenues in all departments, including television. We cannot blindly agree to a deal. We need to know how much HBO is willing to invest in a licensing fee, in comparison to what we can get on our side, in order to choose the best offer.

You have very often publically stated Stevenson was an ordinary fighter ready to get beat. If it is the case there is no risk for you, you win and bring Kovalev back on HBO right after.

Please let me know if these terms are acceptable for you. If you need to discuss further, you may reach me on the phone at anytime.

We have communicated with the WBC and Yvon Michel. We informed the WBC that, while Sergey Kovalev is more anxious than ever to face Adonis Stevenson in order to become the Undisputed Light Heavyweight Champion by the end of 2015, he will not participate in the purse bid for the unification bout that has been ordered by the WBC.

In a letter to Yvon Michel, we proposed to make a voluntary deal for Sergey to fight Adonis Stevenson on HBO or HBO PPV on a 50/50 basis. In this proposal we have included provisions to determine how the various aspects of the promotion would be decided and conducted. These provisions have worked successfully in the past when Main Events participated in co-promotions of bigger events than this one with Top Rank, Golden Boy and Don King, among many others. Based upon Mr. Michel’s recent statements to the media, we were very happy to learn that no contractual prohibitions exist that would prevent Adonis from fighting Sergey on HBO. So let’s make the fight

In December, Main Events asked the WBC to make Sergey Kovalev the mandatory challenger for the WBC Light Heavyweight Title because Sergey is quite anxious to win the green belt and become the Undisputed Light Heavyweight Champion. At that time, we believed that such a match would be a major pay-per-view event in the fall of 2015.

Unfortunately, since December, many things have changed. We have learned that there may be tentative plans for three other PPV events during the same quarter. In addition, the fact that lower-than-expected attendance and TV ratings for Adonis Stevenson’s last fight, coupled with Stevenson’s poor track record with PPV and closed circuit in Canada, have given us pause.

Further, the WBC’s unexpected decision to call a purse bid in April for a fight that will not take place until the fourth quarter of 2015 would make an already speculative bid even more risky. The normal timeline for a purse bid bout is a maximum of 90 days. The current strength of the American dollar and fluctuating exchange rates in Russia and Canada make revenue predictions done six months in advance of this particular event even more speculative.

Therefore, we cannot reliably project the anticipated revenue for a fight that would take place so far in the future. Taking into account Stevenson’s alarming decline in popularity, the highly speculative nature of the bid and the fact that both Sergey and Stevenson are scheduled to take other fights this summer, the risk of guaranteeing a PPV event in the fall is prohibitive. We simply cannot make an informed bid under these circumstances. And we cannot go to a purse bid if we cannot make a realistic bid. Finally, HBO has contractual rights to Kovalev’s next fight that would be violated if Sergey were to fight on another network.

With so much time between the contemplated bout and the bid, we also cannot accept the risk that the winner of the purse bid, who could be any licensed promoter, might default due to unforeseen circumstances, leaving Sergey with nothing. It would be unwise to take such a gamble at this stage in Sergey’s career.

We applaud Adonis Stevenson and Yvon Michel for their stated willingness to go through with the fight regardless of who might win a purse bid. We also applaud the WBC for taking the unprecedented step of ordering this fight. It is unfortunate that the timing did not work out. We are hopeful that we can all work together to make Kovalev-Stevenson a reality. It’s the fight that Sergey, Adonis and the fans all want. Let’s get it done!

It was already a well-known fact that both would have fights in the late spring/summer before eventually putting together the 175lb super-fight, although judging by what both sides are now saying, 2016 could well be the most realistic time-frame when Stevenson and Kovalev eventually trade blows.

The Confusing Case of Kovalev-Stevenson