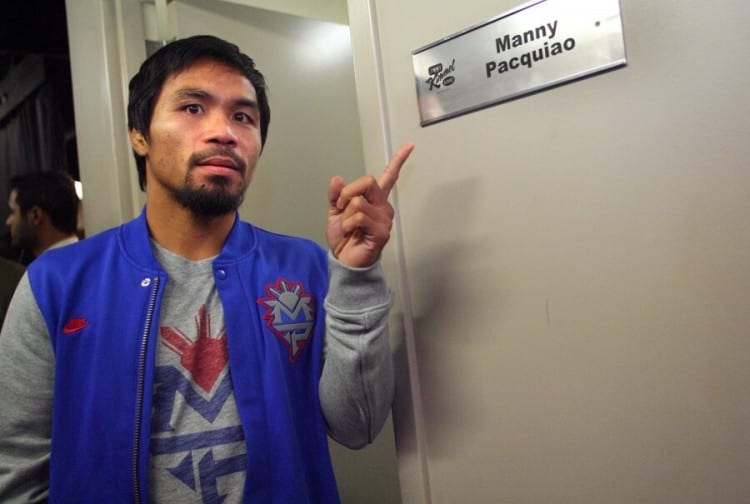 According to Pacquiao camp is that the right shoulder injury which took place about a month ago in Pacquiao’s camp leading into this fight. Nevada did not allow him to take an anti-inflammatory before the fight, because he had not filled out a sheet that requested prior. Essentially, it is a bureaucratic system that if you don’t give prior knowledge to the commission, they refuse to honor your request.

. He had taken anti-inflammatory shots that were approved by the United States Anti-Doping Agency during camp. He requested to take a shot after arriving in his locker room shortly after 6 p.m. PT, but was denied by the Nevada Athletic Commission.