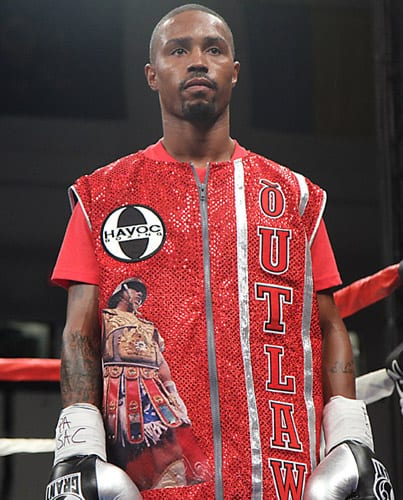 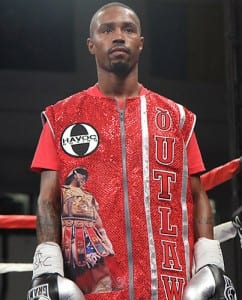 Featherweight Eric Hunter (20-3 11KOs) earned another victory in front of the Fox Sports 1 audience as he stopped Antonio Escalante (29-8 20KOs) in the first round of the bout. Hunter dropped Escalante multiple times as his right hand never seemed to miss Escalante’s head. Hunter looked so good commentator Dougie Fischer wondered if Hunter was even hit during the bout.

Hunter is looking to find himself in title contention by the end of the year as he stated after the bout.

The co-main event featured featherweight Abraham Lopez (18-0 13KOs) who knocked out Alfred Tetteh (23-3-1 20KOs) in a good test for the young prospect. In the early going of the bout Lopez used angles, straight punches and body shots to stifle Tetteh’s come forward approach to fighting. As the fight progressed Lopez was able to use lateral movement and his length to keep Tetteh off him as well as firing off combination punches to keep Tetteh unsettled.

Tetteh began to see some success as he was using a dangerous check left hook which obtained him some success. Tetteh began to flirt with disaster as he came into Lopez’s wheelhouse with out a jab often trying to pressure him and keep the fight at close quarters. Lopez though adjusted and stopped Tetteh in the end of the fifth round as a vicious body shot floored the game veteran, but was too much for him to overcome as Tetteh stay on the floor after the shot.

The opening bout saw Taishan Dong (4-0 2KOs) knocked out an out of shape green fighter in Lance Gauch (5-8-2 3KOs) in a heavyweight bout. A thudding right hand from Taishan floored Gauch who laid on the canvas for minutes after being floored and eventually was taken out of the arena in a stretcher.

In a swing bout between two middleweights, Paul Valenzuela (7-5-1 5KOs) upset Antonio Gutierrez (18-1-1 8KOs) in a slugfest that was a rematch of a bout that Gutierrez had won prior. In a fight in which both men looked gassed around the fourth round of the six round affair.