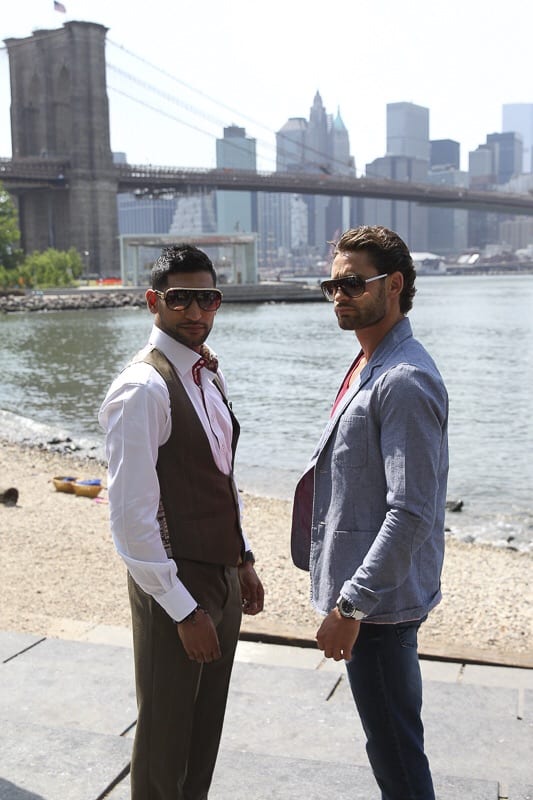 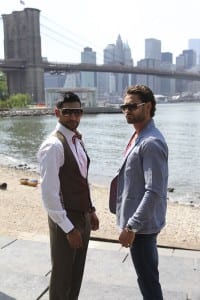 BROOKLYN (May 26, 2015) – Fight week for Friday’s Premier Boxing Champions on Spike event kicked off today with Amir Khan (30-3, 19 KOs)and Chris Algieri (20-1, 8 KOs) hosting a photo opportunity at Brooklyn Bridge Park before they square-off at Barclays Center on May 29.

Tickets for the live event, promoted by DiBella Entertainment and Star Boxing, are priced at $250, $150, $75, and $45, not including applicable service charges and taxes, and are on sale now. Tickets are available at
www.barclayscenter.com, www.ticketmaster.com and at the American Express Box Office at Barclays Center. To charge by phone, call Ticketmaster at (800) 745-3000. For group tickets, please call 800-GROUP-BK.

Here is what Khan and Algieri had to say about training camp, each other and more:

“Algieri is a fighter that has a lot of skills and assets. His range and height give him good advantages against opponents but I believe with my speed, movement and style it will be too much for him.

“Each day me and Virgil Hunter are getting stronger and we have built a really good rapport. It takes time to get that but he understands my style even more now and what works for me so we’re only going to keep growing.

“My aim since I was a kid and got into this sport was to be the very best. I fulfilled a dream when I got to the Olympics at 17 and brought back a silver medal. Later I became a world champion and then unified the light-welterweight division. My goal now is to fight the very best at 147 pounds and make my mark on this division too.

“I was away in training camp when my daughter turned one last week. It’s hard to be away from her but as a fighter those are the sacrifices you have to make. Everything I do is for her and I can’t wait to see her and spend time with her after this fight. Her birthday celebrations have been put on hold until after the fight!

“I’m really looking forward to returning to New York and fighting at Barclays Center in Brooklyn. I have good memories of this city because it’s the place where I had my first fight on US soil against Paulie Malignaggi in 2010 and also where I got married. I’m out to make it another good time this weekend.”

“I know that it gets said all the time, but this was truly the best and most intense training camp of my life. Working with John David Jackson has truly been a blessing. He has brought out the best Chris Algieri there is. You are going to see a whole new fighter come Friday night.

“I am excited to be back in New York and excited to show the world what I am really made of on Friday night. We are just a few days away from the fight and I am so anxious to get in there and get to work.

“Amir is a tough fighter there is no doubt about that, but I am very confident in my ability and the game plan that coach has come up with for me.

“You are going to see two proven champions in a high intensity and high level fight, laying everything on the line come Friday night.”

This event is promoted by DiBella Entertainment and Star Boxing with live coverage beginning on Spike at 9 p.m. ET/6 p.m. PT.