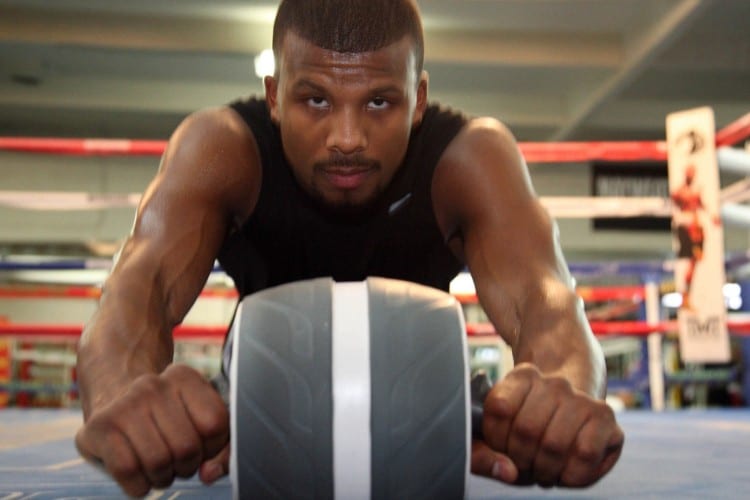 WBC super middleweight champion Badou Jack “The Ripper” (20-1 12KOs) may have felt disrespected prior to this bout as he came in at a 2 to 1 underdog, but should feel vindicated as he soundly beat “Saint” George Groves (21-3 16KOs) on the undercard of Floyd Mayweather-Andre Berto.

Jack started early as a faint step up an overhand right that dropped Groves in the first round. Groves recovered in the second round throwing a good amount with a good helping of body work and as well as constantly pressuring Groves backwards. The third saw Jack continue to land his right hand which landed repeatedly on Groves who couldn’t seem to tell which was a punch and which was a faint.

The middle rounds saw George Groves throw his highest output of the fight as he appeared to realize he needed to accumulate rounds soon as the fifth, sixth and seventh round saw Groves soundly out point Jack. The fight appeared to come down to the final five rounds as it was unclear whether Jack was stuck in a ruck or simple trying to have Groves punch himself out.

In the eighth, Jack appeared to have more options left as he came on strong as he pushed the action forcing back, Groves, who was throwing less than the past three rounds. Jack continued to dog Groves who seemed frustrated when Jack was able to smoother Groves’ punches and make it into a dog fight.

The championship rounds saw more of the same as Groves tried his best, but his best was limited and not quite good enough to change the outcome of the bout. In the end, Jack won by split decision with the scores of 113-114, 115-112 and 116-111.

Ashley Theophane "Floyd says he wants me to fight Broner next."