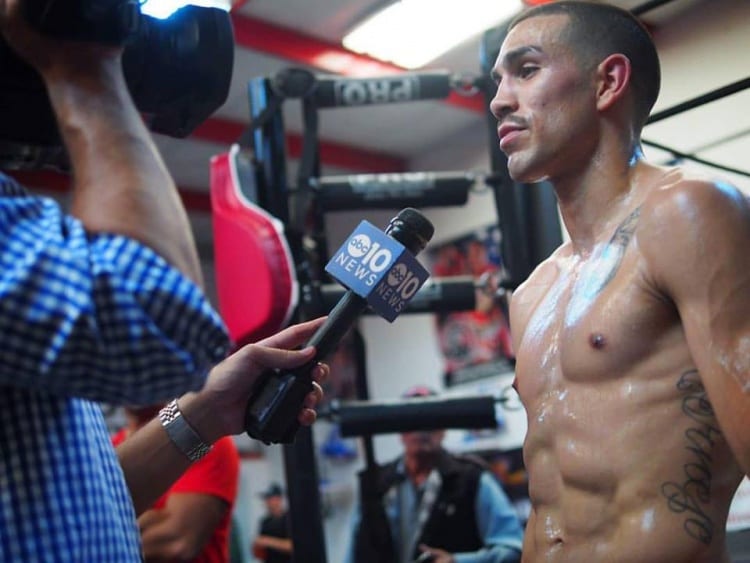 Super lightweight contender and 2012 USA Olympian Jose Ramirez (18-0, 13 KOs) continued his path to stardom as he scored a fourth round TKO over Tomas Mendez (22-8, 14 KOs) on Saturday night at the Tachi Palace Hotel & Casino in Leemore, California in an event that was sold-out with 3,500+ being in attendance. Ramirez dropped Mendez twice in the first round, but it took until the fourth for Ramirez to obtain the stoppage victory.  Ramirez still holds the WBC Continental Americas title at junior welterweight.

After the fight ITRBoxing.com was told Bob Arum was happy with Ramirez’s performance and sees him as a dynamic young fighter with a big upside.

Middleweight Quilisto “Kilo The Kid” Madera (3-0 1KO) earned a decision over Rafael Valencia (3-4 2KOs) in a bout after Ramirez’s win.His brother super lightweight Ector Madera, (1-0) picked a win over Kevin Davila, (1-3-2, 0 KOs) in a four round bout. Ector Madera won ever round.