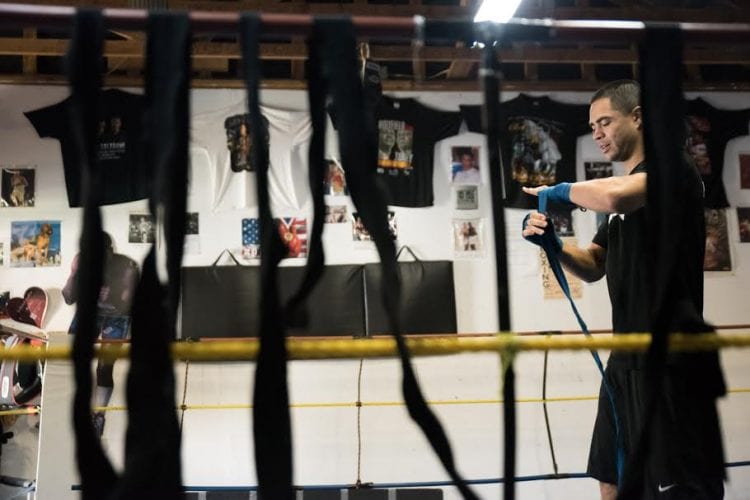 This Monday world title contender and Sacramento’s own featherweight, Guy Robb (18-1 8KOs) held an open media workout in advance of his showdown with Miguel Marriaga, whom he fights Saturday, August 27th at the Churchill County Fairgrounds, Fallon, Nevada in the main event of UniMas’ ‘Solo Boxeo’ telecast.

The bout will be for the NABO featherweight title and a potential number one contender spot against WBO world champion, Oscar Valdez.

Sacramento,CA as Robb put on a full workout for accredited media that lasted two hours and saw Robb show off his impressive arsenal of skills.

Let’s see what Robb had to say

“I feel good, everything is falling into place and we are on top of it. I am just ready to go!”

On his opponent Miguel Marriaga

“He is power and has decent speed, he likes to be in control and will pressure, but I see things we will exploit.”

About coming in as the underdog

“I don’t care what everybody thinks and that is why I have overcome my challenges is, because everyone outside of my team’s opinion don’t matter to me and I think my style has won some fans over due to it. When it comes down to it I don’t give a [expletive] about what everybody is thinking and saying.”

On how he will win

“The key to this fight is focus. You are asking me how I will win and the answer is being focused and being the boss.”

“You have to check this fight out, Fallon, Nevada, August 27th and if you can’t be there tune-in on UniMas, because this is going to be a great fight.”