Hammer Hands get dropped, Kahn Clary gets upset in first round KO 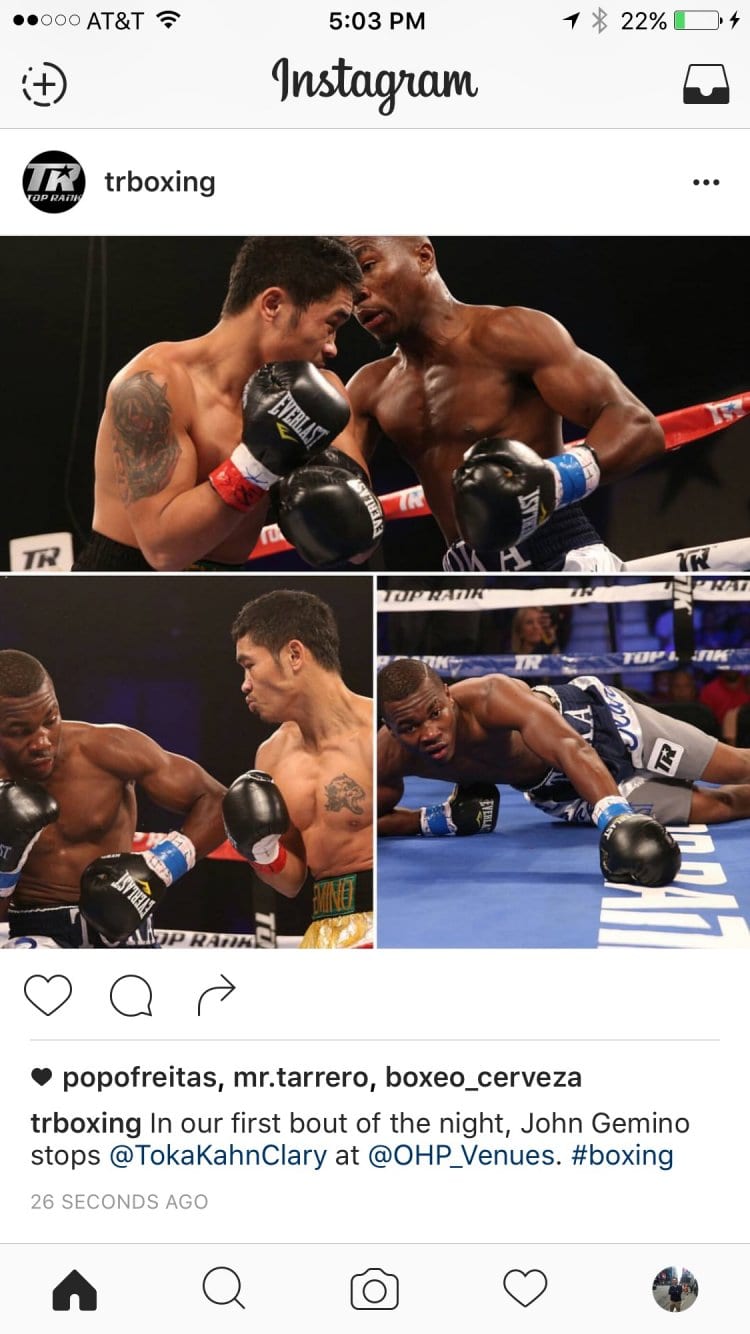 Featherweight Christopher “Pitufo” Diaz (18-0, 11 KOs) picked up an eight round unanimous decision over veteran Raul Hirales (22-6-1, 11 KOs) on Friday night at the Silver Spurs Arena of the Osceola Heritage Park in Kissimmee, Florida. It looked like it might be a short night when Diaz dropped Hirales in round one,but Hirales fought his way back to make it all eight rounds. The judges saw the bout 80-71, 77-73, 79-72.

Junior welterweight prospect Julian “Hammer Hands” Rodríguez (14-0, 10 KOs) was given all he could handle against Claudionel Lacerda (17-16-1, 12 KOs). Rodriguez was dropped in the very first round and despite winning most of the rounds was in a very competitive fight. The judges saw the fight 78-72, 78-72, 77-73 all for Rodriguez. Lacerda was deducted a point for holding.

Weights from Carson, CA (ALA Promotions)

Hammer Hands get dropped, Kahn Clary gets upset in first round KO