Khurtsidze a heavy favorite going into the bout despite having to travel overseas split the first four rounds with Langford, but Langford got an irrational boost in confidence as he started aggressive in the fifth round which saw a left hook send him to the canvas to stop the fight. 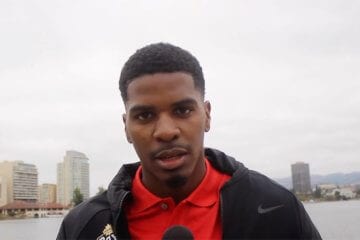