Maricela Cornejo vs. Franchon Crews do battle for WBC world title on ESPN 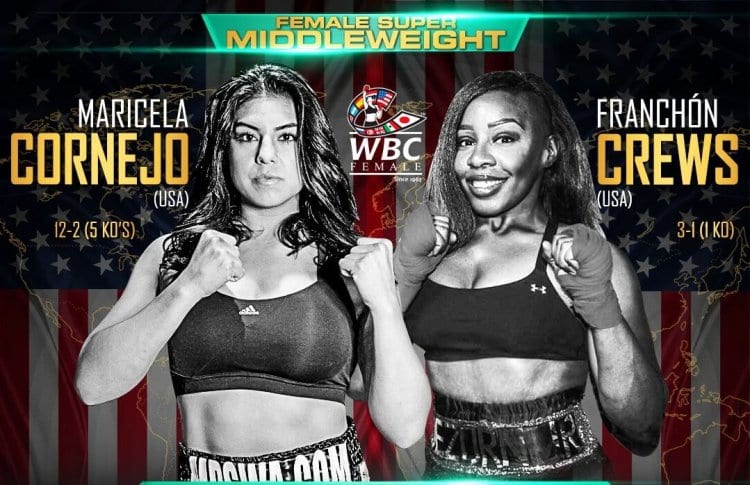 Fan-favorite Maricela Cornejo will now do battle for the WBC super middleweight against Franchon Crews on September 13th at The Joint in the Hard Rock Casino in Las Vegas, Nevada. The bout was elevated from an interim title bout after a confusing sequence of events on Twitter.

Below is the start

Question: If Claressa Shields vacated the WBC super middleweight title why is @maricelaladiva vs. @TheHHDiva not for the full title and only the interim title? @WBCBoxing @wbcmoro

Claressa Shields has vacated the WBC super middleweight title earlier this year, largely because of the fact no one would fight her there and moved down to middleweight to unify the titles with Christina Hammer.

This was furthered by ITRBoxing.com correspondent Cynthia Saldana including the tweet mentioned before.

Guess @Claressashields was confused on what belts she vacated ??‍♀️ pic.twitter.com/IdgtIYsiXk

It was announced this week that bout will be elevated from an interim to for the full world title, which will be televised on ESPN.

Some readers might not feel this is much of a story, but why this matters is the fact that both fighters earn more money in the bout now than previously. On top of that, they fight for the outright world title, an honor that many get the chance to do.

For information about tickets pertaining to this fight go to GoldenBoyPromotions.com

Maricela Cornejo vs. Franchon Crews do battle for WBC world title on ESPN