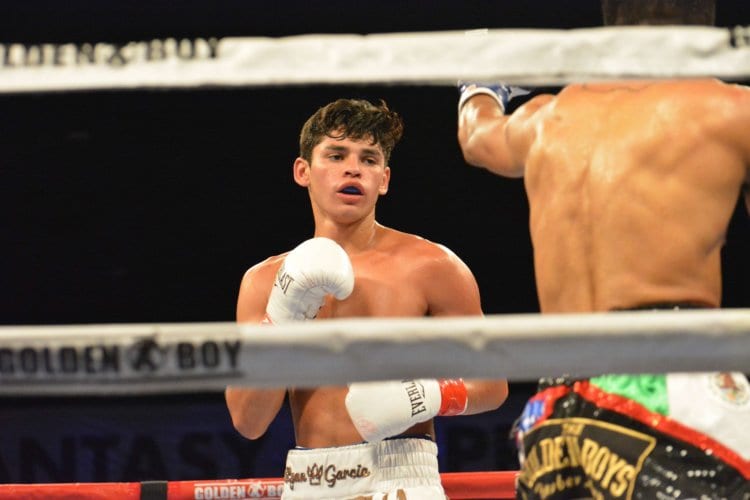 Ryan Garcia fought in front of a packed house at the Fantasy Springs Resort and Casino in Indio, Ca, as he defeated Jose Lopez in a 12-round main event which was shown on .

This was Garcia’s second fight Eddy Reynoso, Canelo’s longtime trainer, and one thing was clear, Garcia has a better concept of fighting on the inside. Garcia had a feeling out first round, but followed it with a fast paced second round that saw him drop Lopez, who barely beat the count. Lopez didn’t answer the bell for the third round.

Acosta’s strength is he has a great ability to keep great range with his punches and get the most out of them with good extension. Acosta is also a high volume puncher who moves forward with good, smart pressure. The big question will be what compelling fights can be made that will entertain fans.

Acosta has won every fight by knockout.

Super featherweight Rocky Hernandez who is ranked #2 by the WBC defeated Ibrahim Mgender in just two rounds. Hernandez has decent speed, but good punching power, Hernandez moved his head often, and got on the inside favoring a strong right uppercut which knocked down Mgender who took the ten count. Hernandez dropped Mgender twice in the fight.

19-year-old Irish welterweight Aaron McKenna picked up the biggest win of his career by beating previously undefeated Loretto Olivas. McKenna dropped Olivas in the first and cruised to a six-round decision. The scores were 60-53 on all three judges cards.

Featherweight Joet Gonzalez picked up the biggest win of his career stopping former IBF super flyweight world champion Rodrigo Guerrero via fifth round stoppage. Gonzalez was far too much for the aged former champion, as Gonzalez’s inside combination punching consistantly hurt Guerrero

In the opening bout, former world challenger super lightweight Antonio Orzoco was pushed to the limit with Jose Gonzalez in a very competetive ten-round bout. This was Orozco’s first bout with Freddie Roach as his trainer. The scores were 99-91 and 97-93 two times. 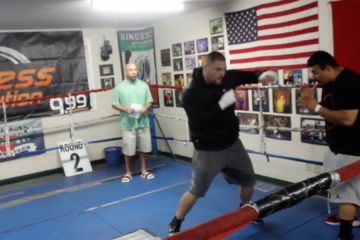