Andy Cruz (CUB) defeated Keyshawn Davis – The blue-chipper from America who looked poised to bring home a gold to the United States couldn’t quite get by the fast hands and feet of Andy Cruz, who proved to be a major hurdle for him. The bout was a technical masterpiece as Cruz edged the first round, Davis got the second, and Cruz was more active in the third round. Cruz is an elusive mover, and a slickster who causes problems for anyone not able to time him. Speed was the difference.

Bakhodir Jalolov (UZB) defeated Richard Torrez Jr (USA) – The size was the difference as despite a good first round, Torrez couldn’t overcome the massive reach advantage of Jalolov, and a standing-eight count issued in round two, all but sealed the deal. Jalolov boxed well from the outside, and made it his fight to win.

Kellie Harrington (IRE) defeated Beatriz Ferreira (BRA) – In one of the most even Olympic bouts, that you could argue either won as it was as anyone’s fight Kellie Harrington became Ireland’s second woman to win gold in the lightweight boxing division, matching Irish legend Katie Taylor. Harrington was able to land punches on the outside while Ferreira looked to close the distance and make it rough. In the end, the judges favored Harrington who had one of the most magnificent shows of emotion after winning te goal as you could see just how much it meant to her.

Lauren Price (GBR) defeated Li Qian (CHN) – Price seems like a superstar in the making and after a rough go in the semi-finals, Price dominated in the gold medal match to finish what she started and became an Olympic gold medalist. Price can move as well as some established pros, and is a generational-type talent. 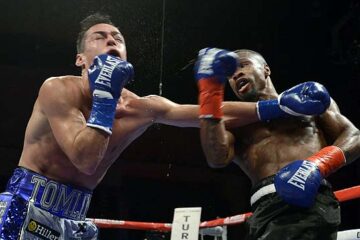