Amari Jones Continues To Impress Under The Bright Lights 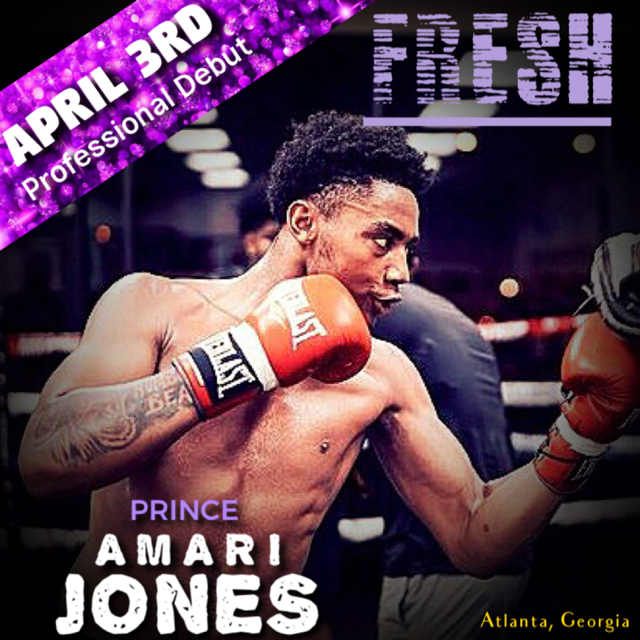 Pressure breaks pipes, but also creates diamond, and it looks like with 5-0 pro prospect Amari Jones, we might just have a diamond on our hands.

Amari Jones continues to look the part of a star, as he defeated a 4-1 opponent by the name of Timothy Lee, via a sixth-round KO. With bright lights, and big stages comes harder fights, and the Nevada State Athletic Commission is not one to allow lopsided bouts, so on less than week’s notice Jones moved up in weight to middleweight, and fought the toughest opponent of his career.

Jones is motivated by the challenge, as an amateur he jumped into the deep-end of the pool, competing in national tournaments, as soon as he could qualify, and getting wins over the likes of Vito Mielnicki Jr. and Kasir Goldston. Jones has never shied away from a challenge and despite many not liking the opponent for the young fighter, Jones stepped up, and silenced any doubt.

In only six fights, Jones is now a six-round fighter, who in a few fights could be looking at being very quickly an eight-round fighter.

Jones is a junior middleweight, who at some point in his career, I wouldn’t be surprised if he fights at light heavyweight, who is sound defensively, but looks to hurt his opponents, and more than that is a ticket-seller. In Sacramento, when he fought the bout prior, he nearly single-handedly sold-out the facility, and on fight night for Haney vs. Diaz Jr., a large crowd was in the arena cheering for him.

Jones, who is only 19-years-old, looks to be the top of talent, who could fight for a world title at age 22 or 23, and not have to be brought up too much, and his willingness to fight any-and-all, is a welcomed change.

Amari Jones Continues To Impress Under The Bright Lights