Note: This list was compiled of my own favorites with helpful suggestions from the ITRboxing staff. Boxing documentaries were not included because there will be a separate list for them on a later date.

The story of a middleweight boxer as he rises through ranks to earn his first shot at the middleweight crown. He falls in love with a gorgeous girl from the Bronx. The inability to express his feelings enters into the ring and eventually takes over his life. He eventually is sent into a downward spiral that costs him everything.

In 1985, Russian boxer Ivan Drago(Dolph Lundgren) killed former U.S. champion Apollo Creed(Carl Weathers) in a tragic match that stunned the world. Against the wishes of trainer Rocky Balboa(Stallone), Apollo’s son Adonis Johnson(Jordan) accepts a challenge from Drago’s son(Florian Munteanu) — another dangerous fighter. Under guidance from Rocky, Adonis trains for the showdown of his life — a date with destiny that soon becomes his obsession. Now, Johnson and Balboa must confront their shared legacy as the past comes back to haunt each man.

With wit and athletic genius, with defiant rage and inner grace, Muhammad Ali forever changed the American landscape. Fighting all comers, Ali took on the law, conventions, the status quo and the war — as well as the fists in front of him. Ali both ignited and mirrored the conflicts of his time and ours to become one of the most admired fighters in the world. Forget, now, what you thought you knew.

Frankie Dunn (Clint Eastwood) is a veteran Los Angeles boxing trainer who keeps almost everyone at arm’s length, except his old friend and associate Eddie “Scrap Iron” Dupris (Morgan Freeman). When Maggie Fitzgerald (Hilary Swank) arrives in Frankie’s gym seeking his expertise, he is reluctant to train the young woman, a transplant from working-class Missouri. Eventually, he relents, and the two form a close bond that will irrevocably change them both.

Rocky Balboa (Stallone) accompanies his friend Apollo Creed (Weathers) to the ring in a boxing match against a Russian Boxer named Ivan Drago(Lundgren). Drago is too strong for Creed, and unfortunately kills him in his match. Balboa blames himself for Creed’s death and is determined to defeat Drago in a boxing match. He gains the help of Creed’s former manager, Duke (Young) and travels to U.S.S.R. to take on Drago and avenge his fallen friend.

For Micky Ward (Mark Wahlberg), boxing is a family affair. His tough-as-nails mother is his manager. His half-brother, Dicky (Christian Bale), once a promising boxer himself, is his very unreliable trainer. Despite Micky’s hard work, he is losing and, when the latest fight nearly kills him, he follows his girlfriend’s advice and splits from the family. Then Micky becomes a contender for the world title and he — and his family — earns a shot at redemption.

Rubin “Hurricane” Carter(Denzel Washington), a man whose dreams of winning the middleweight boxing title were destroyed when he was arrested along with another man for the murders of 3 people in a New Jersey bar. Wrongfully accused, Carter and John Artis(Garland Whitt) were sentenced to 3 life terms in prison. A young teen Lesra martin(Vicellous Reon Shannon) learns of Carter and the circumstances of his arrest and with the help of some friends is able to get The Hurricane another trial.

Adonis Johnson (Michael B. Jordan) never knew his famous father, boxing champion Apollo Creed, who died before Adonis was born. However, boxing is in his blood, so he seeks out Rocky Balboa (Sylvester Stallone) and asks the retired champ to be his trainer. Rocky sees much of Apollo in Adonis, and agrees to mentor him, even as he battles an opponent deadlier than any in the ring. With Rocky’s help, Adonis soon gets a title shot, but whether he has the true heart of a fighter remains to be seen.

Billy “The Great” Hope (Jake Gyllenhaal), the reigning junior middleweight boxing champion, has an impressive career, a loving wife and daughter, and a lavish lifestyle. However, when tragedy strikes, Billy hits rock bottom, losing his family, his house and his manager. He soon finds an unlikely savior in Tick Willis (Forest Whitaker), a former fighter who trains the city’s toughest amateur boxers. With his future on the line, Hope fights to reclaim the trust of those he loves the most. 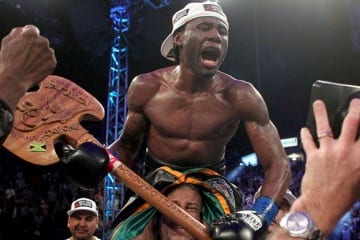 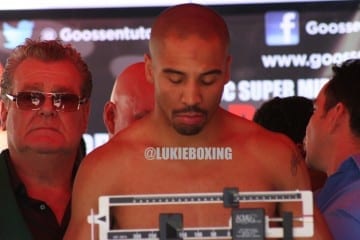