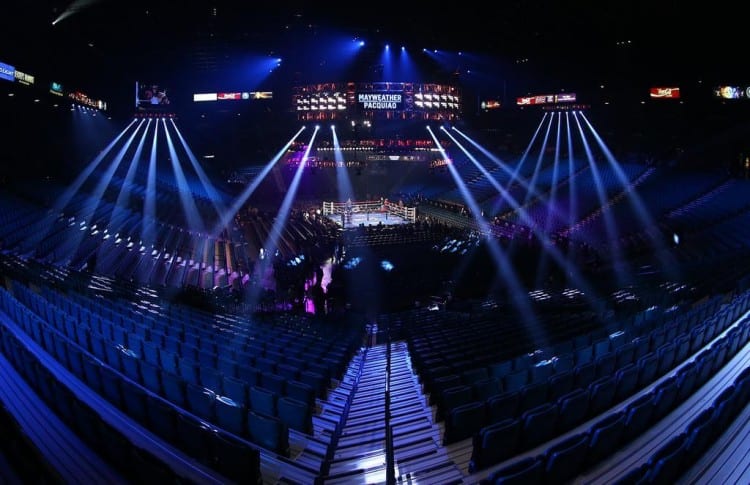 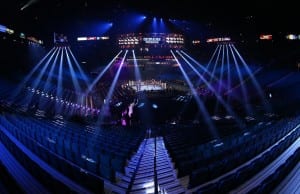 Christopher Pearson was tested by game Said El Harrak, who gave him everything he could handle as the two went back in forth a closely contested fight that is not done justice by the scorecard tally. Pearson started strong, but appeared a little taken back by a head clash that opened up a  cut on the corner of Pearson’s right eye. Pearson would respond well as he never let the blood scare him as he continued to fight “his fight” as well as landing strong left hands repeatedly. In the eighth, Pearson overcame being rocked early to fight of a surging El Harrak who seemed to smell blood in the water.

In the end, Pearson managed to pick up the victory in an quality step up fight against a very game foe.

It appears Jesse Hart is the star that has been touted to be this fight week as the supper middleweight made the undefeated Mike Jimenez not even look close to being on his level. From the start of the fight Hart controlled the action winning virtually every second of every round. In the fourth round, Jimenez’s face showed the effects of Hart’s punches as he wore them with bruises that adore his face. In the fifth round Hart appeared a bit cocky as he got caught a bit coming in, being more aggressive trying to close the show.

In the following round, the sixth, Hart did just that as a battered Jimenez succumb to repeated left hooks that would not drop Jimenez, but seemed to have forced the refs hands as he was out on his feet. Hart could be a breakout star with this type of performance as well as may get some television time with the knockout on the broadcast if the fights on the undercard of the pay-per-view happen as they’re suppose to.

Junior middleweight Brad Solomon was pushed to the limit to open the live action at the MGM Grand Arena in Las Vegas, NV. In what started out as an easy fight for Solomon who used reach and an effective jab to keep Granados at bay for the first three rounds, it was nothing of that nature for the last seven rounds. Granados began to land heavy shots that seemed to effect Solomon who began trade with Granados who saw the left side of his face turn red from the more accurate Solomon. As the fight went into deep waters, Granados made it a gruel tough fight that forced Solomon to have to dig down deep and not just get by on boxing skill alone, but having to show heart to still in tight and fight out of trouble. Granados was willing to take Solomon’s punches to give his own and this seemed to trouble Solomon who couldn’t keep the brute off him.

The last two rounds saw Granados seemingly close to closing the show as it appeared in the final round Solomon was really hurt and forced to survive as his feet did not adequately adjust to where his body was trying to go. In the end, the undefeated Solomon earned a tough victory over a very game Granados, the rumor was this fight would put him in a higher profile fight on a TruTV card that would position him for a title shot