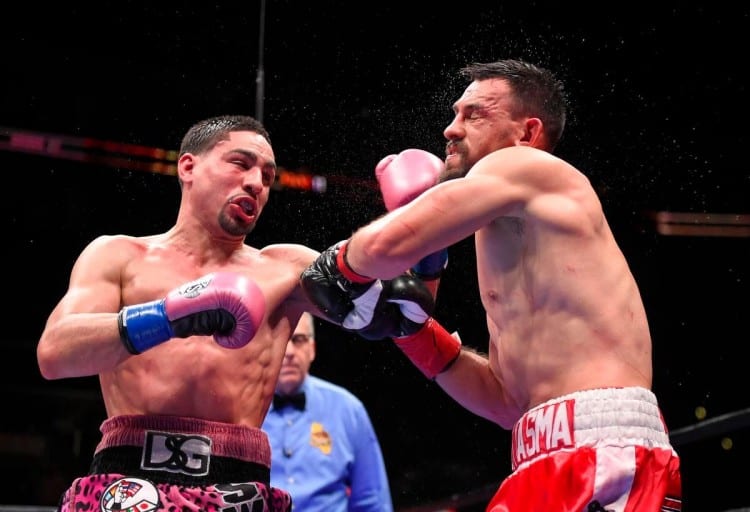 Danny “Swift” Garcia is now 32-0, 18 KOs and a two division world champion after beating Robert Guerrero (33-4-1, 18 KOs), at the Staples Center in Los Angeles. The beginning rounds were close, and saw Guerrero really getting the edge on some of those close rounds. There was a lot of redness and a some trickles of blood on Garcia and it appeared he was a bit uncomfortable in there as Guerrero continued to apply pressure and land a lot of his power shots. In the 6th round everything changed when Danny found a home for his right hand. Whether it was looping, over hand, straight, or an uppercut, his right hand was landing just about every time he let it go, and landed with authority. The remainder of the fight was smooth sailing for Garcia, landing at will and keeping Guerrero at the right distance to get his shots off. The 12th and final round was one for the record books, both men stood and traded for the duration of the round and the final minute had the entire arena standing and cheering as both men went toe to toe, both landing some amazing shots on one another. The fighters embraced right as the bell rang, knowing they just gave it their all and gave the fans something special. In the end, the scores were 116-112 x3 for Danny Garcia. With the win, he picked up the belt vacated by Floyd Mayweather Jr last September. The crowd was not pleased with the decision and a wave of boos filled the air.

On the undercard, Dominic Breazele (17-0, 15 KOs) kept his undefeated streak in tact after losing every round of the fight and getting knocked down in the third round after his opponent, Amir Mansour (22-2-1, 16 KOs) could not come out for the 6th round due to a jaw injury.

Sammy Vasquez (21-0, 15 KOs) also improved his undefeated record after dominating Aaron Martinez (20-5-1, 4 KOs) for 6 rounds, causing him to also withdraw from the fight on his stool due to an injury. 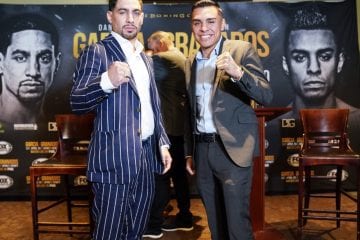