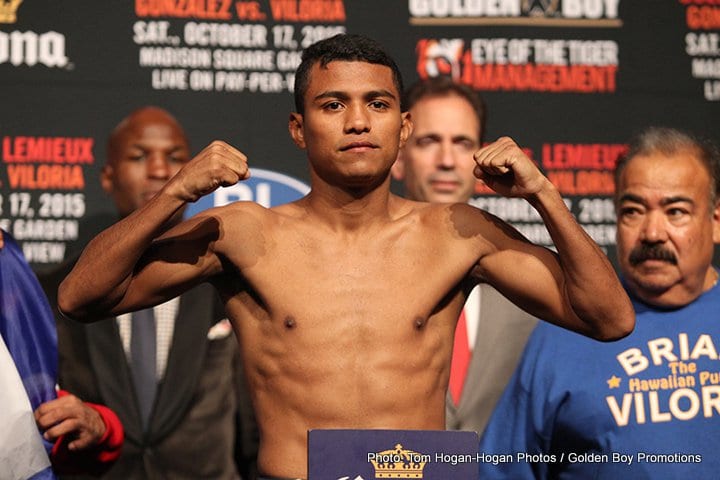 The successful formula of Golovkin and Roman Gonzalez continues as the two have been featured on two HBO card together as the  WBC flyweight champion Roman Gonzalez (44-0, 38 KOs) will defend his title against  WBC McWilliams Arroyo (16-2, 14 KOs) in a voluntary defense on April 23 on HBO Championship Boxing on the undercard of the Gennady Golovkin vs. Dominic Wade fight card at the Forum in Inglewood, California.

The 30-year-old Arroyo hasn’t been as active as some might of hoped, but did lose his IBF World flyweight champion Amnat Ruenroeng by a 12 round split decision in September 2014 in a fight that saw a gross amount of fouls from Ruenroeng at points that seemed shift the fight.

The bout will serve as another fight for Roman Gonzalez whom is trying to bring interest into a division that is void of stars that of 114 lbs.