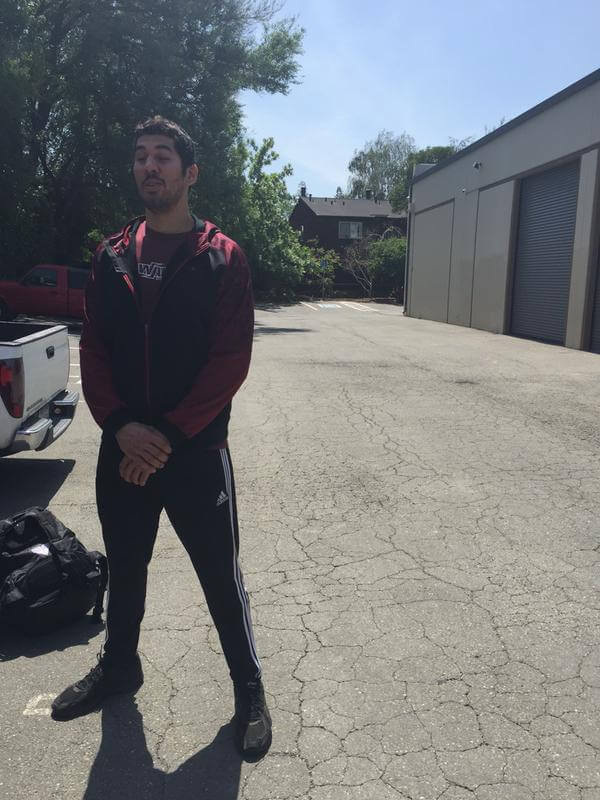 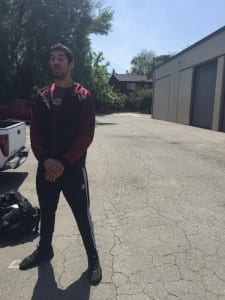 Heavyweight Xavier Vigney is a hot commodity in terms of prize fighting. Vigney is a towering 6’8″ tall, athlete who more than often would be heading to the NFL or NBA than prize fighting as his coach, Dan Black, stood in the middle of Combat Fight & Fitness in Concord, CA talking about the incredible cardio of his fighter. Vigney returns to action this Friday at Glory World Series 21, a kickboxing event, on Spike TV in San Diego, CA at the Valley View Casino Center, which is his first fight of the new year.

It is the competitive nature of Vigney that has him being touted so highly, it is as if you show him an athletic feat and he wants to be the best person in the room and more often then not is.Vigney also went to the famed De La Salle High School, the same De La Salle featured in this theatrical feature and known for a very high level football team in terms of high school sports. “The things I learned there were to hold yourself accountable especially in an individual sport like kickboxing or boxing…” Vigney stated.

Vigney who performed a media workout for his fight for at Glory 21  in which coach Dan Black and videographer, Michael Mardones stood stoically in the gym as Vigney went through a typical workout. Vigney began on the jumprope in which a man who seemed closer to that of The Incredible Hulk than a typical boxer archetype skipped quite effortlessly and was nimble on his feet. After ten minutes or so, Vigney looked over to his coach and with a subtle head nod began to glove up to hit mitts.

Vigney’s power is deafening and indescribable power was reminiscent of old Norman Mailer stories of George Foreman hitting the heavy bag before The Thrilla In Manilla. Vigney hits like a earthquake meaning that it resonates beyond the mitt and almost reverberates throughout your own body.  To put it quite simply, Vigney hits hards, dude!

Vigney last knockout was internet sensation as he knocked out Everett Sims which you can watch directly below.

“Yeah, the Vine got pretty popular for a while and people kept posting on my wall on Facebook, it was pretty cool.” Vigney explained with a shoulder shrug as if it was weird that someone would expect something different from him than the end result.

Vigney also has come around fire from Chi Lewis Perry, another heavyweight fighting on Friday’s Glory heavyweight kickboxing tournament. Essentially, Perry has called Vigney a bunch of ungodly names as well as questioning his credentials to challenge someone of “his stature”. Vigney though was not that impressed with the trash talk, but didn’t wish to engage in the banter as he explained that Perry should first focus on Everett Sims, whom Vigney thinks will be new and improved after the loss that Vigney gave him.

Vigney has a one track mind towards his fight with Maurice Jackson in the semi-finals of tournament. “[Jackson] is a big athletic guy, kickboxing background, I guess he was a college basketball athlete had some injuries and made the transition to kickboxing.” Vigney, who talks like an ivy league scholar, but has the athletic ability of a NFL player seemed very focused on the task at hand winning the Glory 21 heavyweight tournament.

De La Hoya says Canelo-Kirkland will have "no running"